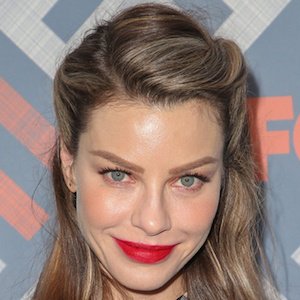 Lauren German is currently living her single life. Previously, she was in a relationship with a basketball player, Barry Zito but the information about how long they dated is not available.

Also, she dated an American actor, Ashton Holmes from 2009 to 2010. The reason behind their separation is still a mystery. Also, after they broke up, she has not been linked with any other person. She might be searching for the perfect match.

Who is Lauren German?

Lauren German is an American actress who is famous for her profession in the popular drama called ‘A Walk to Remember’ and for her performance in ‘The Texas Chainsaw Massacre’.

She was born on November 29, 1978, in Huntington Beach, California, USA. Her birth name is Lauren Christine German and she is currently 40 years old. Her father is a Vascular Surgeon and Lauren’s mother allegedly left the family when she was a child.

Lauren’s paternal grandfather’s name is James German, who was born in the Netherlands and immigrated to the USA with his family when he was in his childhood age. Her maternal parents and grandparents belonged to English ancestry.

Lauren holds American citizenship and her ethnicity is a mix of Dutch and English.

She joined Los Alamitos High School and later attended Orange County High School of the Arts. Also, she got enrolled at the University of Southern California and studied anthropology.

During her early career, she made appearances on stage in ‘Peter Pan’ and ‘Oliver’. She made her feature film debut from ‘Down to You’ in 2000, which is a romantic comedy movie in which she portrayed the role of a lovestruck woman.

After two years, Lauren German co-starred in the romantic drama ‘A Walk to Remember’ alongside Shane West and Mandy Moore. The drama was based on Nicholas Spark’s 1999 novel of the same name. She auditioned to star in the horror film ‘The Texas Chainsaw Massacre’, but she did not get the role, instead won the role of The Hitchhiker. Later, she appeared as Cassie in ‘Spin’ in 2007, Belinda in ‘What We Do Is Secret’ in 2007, Catherine in ‘Made for Each Other’ in 2009, Eva in ‘The Divide’ in 2011, etc.

From 2011 to 2012, she starred in the CBS police drama ‘Hawaii Five-O’ as DHS agent Lori Weston and starred in the first two seasons of the NBC drama ‘Chicago Fire’ from 2012 to 2014 as Leslie Shay. Her character was killed in her final season of the show and her name was imprinted on the door of the ambulance in which she rode.

Lauren appeared the same character, Leslie Shay in ‘Chicago P.D.’ in 2014 and portraying the main role of Det. Chloe Decker in the series ‘Lucifer’ since 2016.

She was nominated for People’s Choice Award in the category Favorite TV Character We Miss Most for ‘Chicago Fire’ in 2015.

She has an estimated net worth of around $1 million and her main source of income is her professional career.

There is a rumor regarding her sexual orientation. As she has played many roles being a lesbian, people often relate her as a lesbian.

She said, “I’ve played a few lesbians and I have gay and lesbian friends and I don’t think it’s really any different. It’s almost like asking a straight character ‘how do you play straight?’ You’re just attracted to what you’re attracted to. It’s really just playing whatever’s going on in the scene.”

But, she has not declared herself as a lesbian.

Lauren German has got a slim body with a height of 5 ft. 6 inches and she weighs 54 kg. Her body measurement is 34-25-35 inches. Also, Lauren has got brown hair and green eyes.