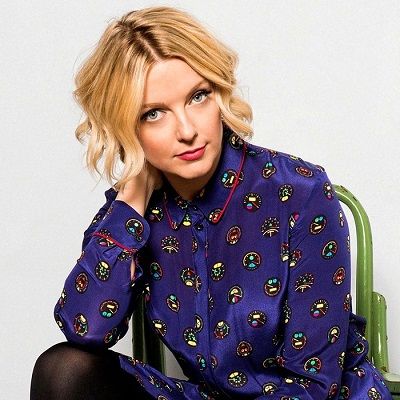 It was partly the media that let the vileness of Harris [Rolf Harris] and Savile [Sir Jimmy Savile] go unremarked, but now Twitter can help us keep watch.: Like everyone else, I have followed the Harris case and Savile inquiry with horror. I have also followed with professional interest. Like others working in the media at that time, I have been asked questions by friends outside the industry. Did we know that they were monsters? Wasn't it obvious? How could it not be obvious?: I kept waiting for the phrase "the trial of Rolf Harris" to stop sounding completely surreal (it didn't).

Lauren Laverne first dated Taylor Parkes from 1997 but they broke up after one year in 1998. After some time, she again dated Malcom Middleton. They were engaged and lived together but they separated in 2004. Laverne is married to Graeme Fisher on August 2005. From their marriage, the couple has two children.

Their first child, a boy named Fergus James, was born in October 2007. She announced her pregnancy of her second child through BBC Radio 6 Music show. Their second child, another boy named Mack was born on 20 September 2010.

Who is Lauren Laverne?

Lauren is an English radio DJ, model, television presenter, author, singer, and comedian. Also, Laverne has presented television programs including 10 O’Clock Live for Channel 4, and The Culture Show and coverage of the Glastonbury Festival for the BBC. Laverne has written a published novel entitled Candypop: Candy and the Broken Biscuits. She presents the breakfast show on BBC Radio 6 Music.

Lauren Laverne was born in Sunderland, England on April 28, 1978. Her birth name is  Lauren Cecilia Gofton. Her father’s name is Lesley Gofton (sociology lecturer at Newcastle University) and her mother’s name is Celia Gofton (teacher).

She has a sibling namely, Pete Gofton. Lauren holds British citizenship, but her ethnicity is unknown. Her birth sign is Taurus.

Talking about her profession, Lauren started her career as a singer. She was famous for her funny and acerbic interview style in her music on comedy panel shows including Never Mind the Buzzcocks and Have I Got News for You.

Likewise, her solo EP, Take These Flower Away, played at the Reading Festival made her top 20 for the only time in her singing career in 2000. Apart from this, she has provided guest vocals on the Divine Comedy’s 2004 single Come Home Billy Bird.

After rising as a singer, she also made her appearance in TV series. Her first television presenting job was Play UK’s series, The Alphabet Show, along with Chris Addison. She also presented Planet Pop and Loves Like A dog for Channel 4, Fanorama for E4, Party in the Park and Pop for Five and Orange Playlist for ITV.

She is also a reporter of RI: SE. Besides reporting, she also presented a documentary for Sky One on the famous US hit TV show Buffy the Vampire Salary, called Buffy: Television with Bire. In the year 2010, she co-hosted the Alternative Election night of Channel 4’s with Jimmy Carr, David Mitchelle, and Charlie Brooker. Likewise, she also rejoined Channel 4’s satirical news program called 10 O’s Clock Live as a co-host in the same year.

Moreover, she has published her own first novel Candypop- Candy and the Broken Biscuits on her journey in the world’s biggest musical festival, Glastonbury in 2010. Currently, she has been hosting a radio show on BBC6 Music.

She has an estimated net worth of around $1.1 million and she has earned that sum of money from her professional career.

Lauren Laverne has a height of 5 feet 3 inches and her weight is unknown. Lauren’s hair color is dyed blonde and her eyes color is blue.