Lauren Maltby is an American former actress and a psychologist. Lauren has appeared in movies like Zenon franchise, The Princess Diaries, and I'll Be Home For Christmas. She is possibly single. 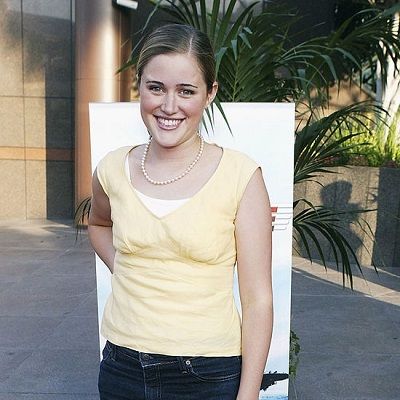 What is the relationship of Lauren Maltby?

Lauren Maltby’s current relationship status is single and self partnered.

She is a good friend of actress Kirsten Storms.

Who is Lauren Maltby?

Lauren Maltby is an American former actress and a psychologist. Lauren has appeared in movies like Zenon franchise, The Princess Diaries, and I’ll Be Home For Christmas.

At present, she is an Associate Professor in the Department of Pediatrics at Geffen School of Medicine, LA, USA.

She was born as Lauren Elizabeth Maltby on Nov 17, 1984, in San Diego, California, USA. She has an older sister, Jessica.

Lauren has first appeared in a movie, Sisters and Other Strangers in 1997. She was 13 years old then and played the role of Gail.

Then, she was seen in movies like I’ll Be Home for Christmas (1998) as Tracey Wilkinson, Stepsister from Planet Weird (2000) as Heather Hartman, The Princess Diaries (2001), and more.

Zenon is a comedy-adventure-family movie. The other casts in this film were Kirsten Storms as Zenon Kar, Shadia Simmons as Nebula Wade, Phillip Rhys as Proto Zoa, Susan Brady as Astrid Kar, and more.

She has also done TV appearances.

After appearing in the final season of Zenon, Lauren retired from acting. She then studied Ph.D. and became a licensed psychologist. She is a board-certified child and adolescent psychologist specializing in anxiety and behavior disorders.

Lauren is working as a psychologist at For The Child in Long Beach and The Cognitive Behavior Therapy Center of Southern California.

This former actress’s net worth is estimated at around $1 million.

Lauren Maltby has a grey pair of eyes and blonde hair. Her height is 5 feet 4 inches.