Lauren Miller Rogen is an American screenwriter, director, and actress. She is married to Seth Rogen.

Lauren Miller Rogen is a married woman. She exchanged her vows with the famous director Seth Rogen on 2nd October 2011 in California.

This couple started dating each other in 2004 and got engaged on 29 September 2010. There is no information about their children. 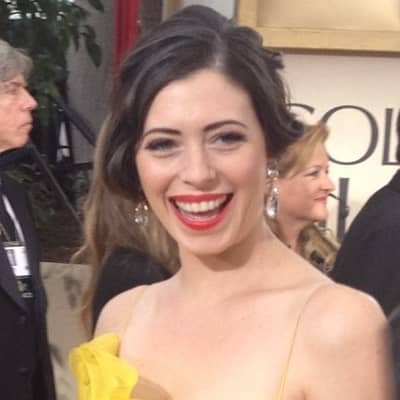 Whatever you’re doing right now, I hope you’re writing about it. I promise you won’t regret it if you do.

Who is Lauren Miller Rogen?

Lauren Miller Rogen is an American screenwriter, director, and actress. She is best known for her roles in movies like 50/50, and Superbad.

This actress was born on 24 July 1982, in Florida, the United States, with a birth name Lauren Anne Miller.

Her father‘s name is Scott, and her mother’s name is Adele. She has a brother named Danny.

She studied at the Lois Cowles Harrison Center for the Visual and Performing Arts. Afterward, Rogen graduated from the Florida State University College of Motion Picture Arts. She belongs to Jewish descent.

Her debut writing, production, and the lead role was a comedy film For a Good Time, Call…Rolling Stone, from which she gained huge popularity. The right to this film was bought by Focus Features for $2 million at the 2012 Sundance Film Festival.

Since 2012, she appeared in a recurring role in the television sitcom Ben and Kate. Earlier, she worked as an assistant director in movies like Monster House, and Beowulf.

Afterward, Lauren starred in many films including Long Back Lashes, ‘For a Good Time, Call…’, The Perfect Fit, Someone Marry Barry, Growing Up and Other Lies, and Like Father.

Later, in 2018, she worked as a producer, director, and writer for a comedy movie Like Father. Similarly, Lauren’s work on television includes Blim Prom, Inside Edition, Grey’s Anatomy, and Master of None.

The salary of Miller is under review. As of 2022, she has an estimated net worth of $1.5 million. Meanwhile, according to some sources, her husband Seth has a total net worth of $80 million.

Earlier, there was a rumor that Luren’s and Seth’s marriage was not working and they were about to split up. There was also a news that Seth was buying expensive gifts for his wife to pacify her, and keep their marriage strong.

Later, this couple announced that the rumor was false and there is nothing difficult between their married life and relationship.

You may also read Kim Caramele, and Rachel Reinert.