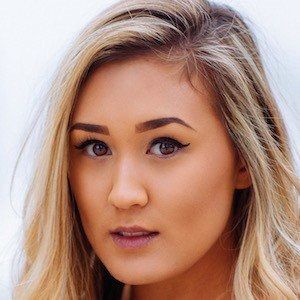 Who was Lauren Riihimaki married to?

Lauren Riihimaki was in a relationship with Joey Graceffa. The two of them later broke up but are still friends.

She dated Sebastian “Baz” Morris in 2011. Baz has worked as a Rehabilitation Facilitator. They broke up in 2014.

Currently, she is in a relationship with Alex Burriss, the creator of the popular YouTube channel “Wassabi Productions”.

Who is Lauren Riihimaki?

Lauren Riihimaki is a Canadian-American Youtuber and crafter. She is well known for her YouTube channel LaurDIY.

Likewise, she also has a separate vlog channel titled “LaurDIY2” through which she lets her fans peek into her private life, but she has not been very regular on that channel recently.

Additionally, as of December 30, 2018, her YouTube channel has 8.6 million subscribers.

Lauren was born in Toronto, Canada on August 11, 1993, at the age (of 29). She is the daughter of Greg Riihimaki (father) and Gail Riihimaki (mother).

There isn’t much information about her family. There isn’t any information regarding her siblings. She belongs of Canadian nationality and English ethnicity. Her birth sign is Leo.

Likewise, she attended the Graphic Communications Management course at Ryerson University in Toronto.

On talking about her profession, she has a separate vlog channel titled “LaurDIY2″ through which she shares her personal life with her fans, but she has not been very regular on that channel recently. Similarly, she also flew to Tokyo to work on a Disney project.

Whereas, she has also worked with brands like Starbucks, P&G, Etsy, and Duck Tape, and has appeared in the Seventeen magazine more than once.

During  2016, she also ventured into acting, appearing in the comedy short ‘This Is How We Never Made Out’.

Additionally, she has also featured in the TV series ‘YouTubers React’, ‘Project Mc²’ and ‘Me and My Grandma’.

In addition, she also entered the DIY blogging field, and eventually, YouTube was nothing sort of a coincidence.

Likewise, she also realized that while the course had future employment opportunities, it didn’t allow her to showcase her creative talents, which she was too eager to find an outlet for.

Similarly, she often channeled her creativity in redecorating her prison-like” residence room with DIY stuff.

Additionally, she initially walked her readers through her DIY blogs with the help of pictures showing various stages of the creative process.

She was nominated for Streamy Award for Best Collaboration for Seven Bucks Digital Studios (2016). She won the French Award and  Female Athlete Award.

There is no information regarding her income or salary. Whereas, her net worth was around $3 million as of 2022.

There was a rumor that Lauren Riihimaki and Alex Wassabi separated and posted breakup videos which have even emerged as a popular YouTube genre.

On talking about her body measurements, Lauren has a height of 5 feet 4 inches. Additionally, she weighs is 55Kg.

Also, read the affair, salary, the net worth, controversy, and the bio of Amiri King, Sam Tabor, Jared Mecham