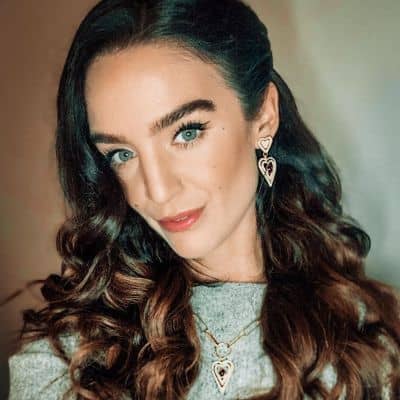 Talking about her relationship details, Lauren Samuels is presently single and she is not dating anyone at the moment.

Moreover, Lauren has not shared any details of her relationship or affairs news. It seems she is very private in nature and has maintained her profile low-key.

Who is Lauren Samuels?

Lauren Samuels is a well-recognized English singer and actress. Samuels is widely famed as a contestant on the 2010 BBC UK TV series Over the Rainbow.

Moreover, she is also renowned for her work on Sex, Drugs & Veggie Spring Rolls(2014) and The Women’s Football Show(2013).

Lauren Samuels was born on 26 March 1988. At present, her age is 33 years old. Likewise, her birthplace is the United Kingdom.

Not much known about her father’s details, Lauren is the daughter of her mother, Susan Marshall. Moreover, she has a brother named Samuels. Her parent’s divorced when she was just seven years old. Her mom is an NHS director of nursing in Solihull. Lauren’s stepdad is Dave.

The actress was born with a condition that seriously affected her hearing, causing her to wear two hearing aids. Her hearing finally returned at the age of 18.

Talking about her nationality, Samuels holds an English identity whereas her ethnicity is Caucasian.

Regarding education, the actress began ballet lessons at the safe of two. She also learned private tutorials at the Hinckley Speech and Drama Studio. Later, Samuels studied BTEC National Diploma Performing Arts at Stratford-upon-Avon College. She was also part of Youth Music Theatre UK in 2005.

The star attended Guildford School of Acting and graduated in the year 2009.

The star, Lauren came into the limelight after appearing as a contestant on the 2010 BBC show Over the Rainbow: a talent competition to search for an actress to play Dorothy in a West End revival of The Wizard of Oz. She made it to the final of the show. Though she came in the bottom two for votes on three occasions, Lauren made it through the final.

The star eventually lost to Sophie Evans and Danielle Hope. Moreover, she has recorded aversion to Over the Rainbow along with the other two finalists. She has also emerged with other participants in a Wizard of oz. In 2017, she recorded two songs for the album Wit & Whimsy-Songs by Alexander S. Bermange.

Lauren’s first major stage role was performing Wendy in a 2009-10 production of Peter Pan at the Curve, Leicester. She has performed the role of Scaramouche in We Will Rock You at the Dominion Theatre in London since late 2011. In June 2015, Lauren started playing the character of Jules, in the new West End musical Bend It Like Beckham.

A talented British actress and singer, Samuels has earned a handsome amount of money from her career. She has been active in her profession from the year 2010 till the present.

It is reported that Lauren Samuels has an estimated net worth of $1 million.

Lauren has never been part of any controversial matter or rumors till now. The actress has been preoccupied with her professional and private life.

It seems that Samuels prefers enjoying her personal life and does not want to merge it with her professional life.

33 years old star personality, Lauren Samuels has gorgeous looks as well as an admirable personality. She stands at a height of 5 feet 3 inches.

Furthermore, Samuels has green eyes whereas her hair is brown.

Nevertheless, the famous personality has never mentioned other physical details in the public yet.

Regarding her social media presence, Lauren Samuels is an active personality on social media. Lauren has more than 10.6k followers on her official Instagram account @laurensamuels88.

She is also active on Twitter with around 15.2k followers.

Moreover, Samuels is also available on Facebook with nearly 1.8k fans and supporters.