Lauren Sanchez is an Emmy Award-winning American news anchor, entertainment reporter, pilot and entrepreneur. Lauren was in the limelight hen she had an affair with Jeff Bezos. 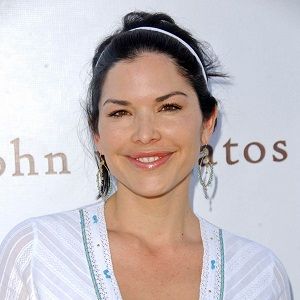 Losing you virginity is a big life-changing experience, but things all around you won’t change much. People won’t see you any different. Your grades won’t be higher. Your sex-life definitely will be different but don’t expect much else to change.

Lauren Sanchez is in a relationship. She is having an extra-marital affair with Amazon founder, Jeff Bezos. The news is that they started dating eight months ago. Jeff revealed that he and his wife are divorcing with the mutual understanding.

She tied the knot with Patrick Whitesell in the year 2005 after dating for some time. Patrick is a Hollywood agent who has introduced the talents like Matt Damon, Hugh Jackman, and Ben Affleck. Their wedding was a grand affair and has a price tag of 2 million dollars.

She has three children, two sons Nikko(2001)and Evan(2006) and a daughter Ella(2008). One child with from her previous affair with former NFL player Tony Gonzalez and two from Patrick Whitesell.

She was also engaged to Henry Simmons, NYPD Blue, actor but separated in the year 2003.

Who is Lauren Sanchez?

Lauren Sanchez is an American news anchor, entertainment reporter, pilot as well as a media personality. She is currently hosting a show Good Day LA on KTTV Fox-11. Prior, she has also hosted the shows like  Larry King Live, The Joy Behar Show, Showbiz Tonight and The View.

aShe received the license to fly helicopters in the year 2016. Currently, the news is that she is having an extra-marital affair with the Amazon owner, Jeff Bezos.

Wendy was born on 19 December 1969 in  Albuquerque, New Mexico. Her nationality is American and ethnicity is Mexican. Her father was a flight instructor and mechanic and he helped rebuild planes. Hence she said that it was her father who inspired her to fly. There is no information about her mother and siblings.

Lauren attended El Camino College in Torrance, California after she graduated from her high school. During college days, she penned for the college newspaper, The warwhoop.

She got the scholarship in the University of Southern California, where she specialized in communications. Also, she is a certified helicopter pilot specializing in aerial filming.

Lauren Sanchez started her career at KCOP-TV situated in Los Angeles. She used to work as a desk assistant. She also worked as an anchor and reporter at KTVK-TV. Lauren worked as a reporter for the show Extra.

Later Lauren Sanchez served as an anchor for Fox Sports Net. She was also a correspondent for the sports magazine Going Deep. Besides these, she is also an entertainment reporter for FSN’s Best Damn Sports Show Period.

In 1999 Sanchez returned KCOP-TV to anchor the news show UPN 13 News. She also reported on KTTV in L.A. Lauren Sanchez also hosted the talk show The View in February 2000.

Lauren Sanchez became the host of the dance competition So You Think You Can Dance in the year 2005. Lauren appeared as weekend anchor and special correspondent for the American Television Program Extra in the year 2009.

Currently, Lauren works on KTTV-TV as a correspondent and a standby anchor. She hosts the show Good Day LA, a morning show on KTTV-TV.

As of now, we are not known to the details of her actual salary and her net worth is estimated to be around $30 million.

Talking about the rumors and controversy, there was a rumor that she will be sitting with Whoopi Goldberg, Jenny McCarthy and Sherri Shepherd as a guest host.

There was a news that she is in a relationship with Jeff Bezos and she was the reason behind Jeff and his wife divorce.

She has a good height of 5 feet 3 inches with body weight 54kg. She has black hair color and her eye color is brown. There is no information about her bra size, shoe size, dress size, hips size, and waist size.