Came into the limelight following the airplane propeller accident in which her hand-cut apart and lost an eye. 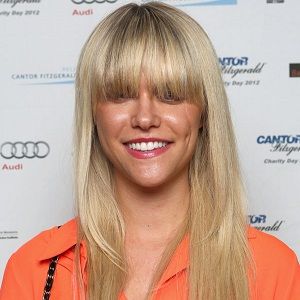 What is the relationship of Lauren Scruggs?

The 29-year-old fashion blogger is a married woman. Lauren Scruggs tied the knot with her long-time boyfriend and E! News anchor Jason Kennedy on December 12, 2014.

The couple got engaged on May 30, 2014. Since their marriage, the couple has maintained a perfect relationship between them and never involved in any type of dispute. As of now, there is not even a single rumor of an extra-marital affair of her. Currently, Lauren and Jason are enjoying their married life and living elegantly.

Who is Lauren Scruggs?

Lauren Scruggs is an American fashion journalist and blogger. Furthermore, she is also a model. She came into the limelight following the airplane propeller accident in which her hand cut apart and lost an eye. She is the wife of E! News personality Jason Kennedy.

Lauren was born on July 18, 1988, in Redondo Beach, California, United States. She is the daughter of Jeff Scruggs and Cheryl Scruggs. She grew up in her hometown along with her sister and parents. Furthermore, she is American by nationality and her ethnicity is unknown.

Concerning in her education, she completed her graduation from Dallas Baptist University.

Lauren began her career as a model and fashion blogger. However, she got recognition after an airplane’s spinning propeller accident in which she lost one eyes and also severed her left hand. Following the accident, she recovered very fast and appeared in an interview on NBC’s Today show. As of now, she is also a fashion journalist and blogger.

Being a fashion blogger and model, Lauren earns a decent amount of money from her profession. She has a net worth of $1 million as of 2022. As of now, Lauren has not won any awards in her career.

So far, there are not any drastic rumors regarding her personal and professional life. However, she has recently spoken about the news regarding Catt Sadler and Jason Kennedy E! News.

After Catt Sadler left the E! News, Lauren supports her husband and posted on Instagram stating “I believe in female empowerment and gender equality, but it’s heartbreaking that a network is being deemed sexist when that is simply not true.”  Besides this, she has never faced any controversy to date.