Lauren Tewes is an actress from the United States. She has been married three times. Her first husband was ad director John Wassel

Lauren Tewes is a widow.

She has been married three times. Her first husband was ad director John Wassel. The duo met during the casting for a ‘Hickory Farms’ dairy commercial in 1977. Just after 3 months of dating, the couple announced their marriage in November of the same year.

They tied the knot on the 20th of November 1977. However, the couple got divorced in 1982 after her cocaine addiction. Afterward, she got married to drummer Paolo Nonnis in 1986. They together had also a daughter but lost the baby when she was one month old as born prematurely.

Their marriage also didn’t last long she got separated. Lauren’s third husband was Robert Nadir. He is an actor by profession. The couple met in the year 1993 and remained in a long-distance relationship for a year. On May 1, 1996, they got married and outlasted until Nadir’s demise on 25 April 2002 due to Lou Gehrig’s Disease. 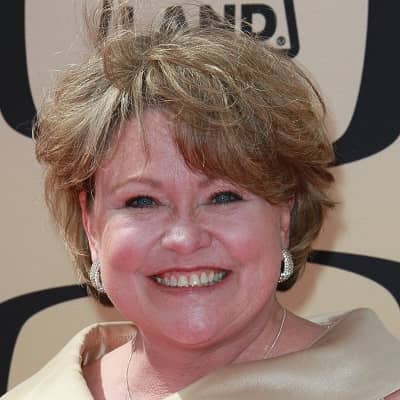 Who is Lauren Tewes?

Lauren Tewes is an actress from the United States. She is best known for her prominent role as Julie McCoy on the ABC television comedy anthology series The Love Boat.

Apart from acting, she is also a chef. She studied at Culinary School to become a cheese specialist.

Lauren’s full name is Cynthia Lauren Tewes. She was born in Braddock, Pennsylvania, U.S., on October 26, 1953. Her father is a native of Germany whereas her mother is of Irish descent.

The name of her parents is Joseph Robert Tewes (father) and Joanne Tewes (mother). She has three siblings, one of their names is Ed Tewes. Her father worked as a wood-pattern maker. At the age of eight, she moved to Whittier, California with her family.

Lauren studied her primary school at Ada S. Nelson Elementary School. She attended Pioneer High School where she was actively involved in school plays. She excelled in drams and won the Best Actress award for three years.

Tewes then enrolled as an associate of arts degree at Rio Hondo College, majoring in Theatre Arts. While studying in Rio, she won “The Chancellor’s Award for Excellence in Theatre”. She then got a one-year scholarship as a sophomore at the University of California, Riverside.

After graduation, Lauren joined the Pacific Conservatory Theatre in Santa Maria, California. She then made her stage debut in “Arsenic and Old Lace” and “The Happiest Fella”.

Tewws also became a member of the Birdcage Theatre Company at Knott’s Berry Farm. She made her television debut in mid-1974 in a Lipton Ice Tea commercial.

During the year, she appeared in minor parts in TV series such as Charlie’s Angels, Vega$, Family, Starsky and Hutch, and more. She also worked as waitressing in ‘Sunset Boulevard coffee shops and was penniless’.

Her career gets a break only after playing the role of cruise director Julie McCoy on The Love Boat. In 1984, she made her film debut in the movie Eyes of a Stranger along with Jennifer Jason Leigh.

She has also provided her voice for characters in video games such as ‘Police Quest: SWAT 2,’ ‘Pajama Sam 3: You Are What You Eat from Your Head to Your Feet,’ and ‘Putt-Putt Travels through Time.’

While working on “The Love Boat”, Lauren developed a cocaine addiction then the producer replaced her in 1984 after seven years on the show. However, she eventually overcame the addiction.

As of 2022, Tewes has accumulated a net worth of $2 million dollars throughout her successful career. Further, her salary and other earnings are still under review.

The actress is 5 feet 6 inches tall with an average weight. She has alluring blue pair of eyes with blonde hair color.