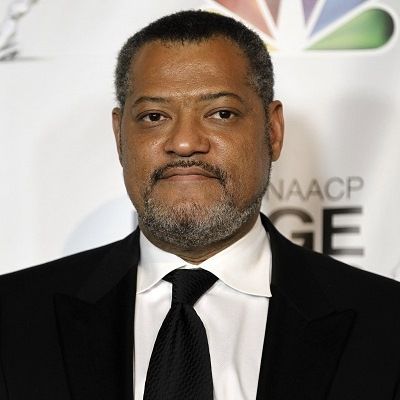 I've played a lot of bad guys, 'cause that was the only work I could get. People saw my face and went 'oooh'.

[on why he didn't read the complete play of "Othello" before acting in the film version in which more than half of the dialogue was cut] Why should I read all those words that I'm not going to get to say?

I play characters. I don't think I really have a persona per se. I don't play the same guy every time. I show up, you don't know what I'm gonna do. I like it that way. I've intentionally tried to do it that way. I think that's what's interesting.

It's funny, a lot of people think I take myself seriously because I come off so serious sometimes. But it's not that I take myself seriously, I take what I do seriously. I came up around people who took acting seriously, who cared about acting, cared about the theater and, in the '70s, made movies that said something that mattered. I came up with those people, and I was a kid. Their ethos and credo became mine.

Laurence Fishburne and actress Hajna O. Moss tied the knot in New York. The two separated and got divorced in 1992. They had two children from the marriage.

The couple has son Langston Fishburne( born in 1987) and daughter Montana Fishburne(born in 1991).

Laurence and actress Gina Torres met each other and got engaged in February 2001. Their marriage ceremony took place at The Cloisters museum in New York City on September 22, 2002.

The actor’s spokesperson Alan Nierob declared that they were expecting a baby and daughter Delilah Fishburne was born in June 2007. They separated in September 2016 and filed for divorce in November 2017.

Who is Laurence Fishburne?

Laurence Fishburne is an American actor, playwright, producer, screenwriter, and film director. He was seen as Morpheus in The Matrix trilogy, Jason “Furious” Styles in the 1991 drama film Boyz n the Hood, Tyrone “Mr. Clean” Miller in the 1979 war film Apocalypse Now.

Recently he was seen in the John Wick series, 2 and 3, as “The Bowery King”.

Laurence Fishburne was born in Augusta, Georgia, the United States on July 30, 1961. His birth name is Laurence John Fishburne III and he is currently 59 years old.

Whereas, Fishburne’s parents separated when he was young. Along with his mother, he moved to Brooklyn, New York, where he was raised.

There is no information about his siblings. Laurence holds American citizenship and mixed ( African-American) ethnicity. His birth sign is Leo.

Talking about Laurence’s education history, he attended Lincoln Square Academy in New York and he earned a graduate degree from the college.

Talking about his profession, Laurence Fishburne’s first acting role was in 1973 for the ABC soap opera ‘One Life to Live’ as Joshua Hall. His most memorable early role came in ‘Cornbread, Earl and Me’ in which he played a young boy who witnesses the police shooting of a popular high school basketball star.

In the year 1976, Fishburne earned a supporting role in the film ‘Apocalypse Now’ playing the character of Tyrone Miller. The film released only in 1979.

Throughout the 1980s, Fishburne made periodic appearances in television and stage shows. He had a recurring role as Cowboy Curtis on Paul Reubens’ CBS children’s television show ‘Pee-wee’s Playhouse’, and guest roles in ‘M*A*S*H’ and ‘Spenser: For Hire’.

His stage shows of this time include ‘Short Eyes’ and ‘and Loose Ends.’ Among the numerous film projects that he did in the 1980s, the most important were his roles in the critically acclaimed Steven Spielberg film ‘The Color Purple’, and Francis Ford Coppola’s ‘The Cotton Club’ and ‘Gardens of Stone.’ Towards the end of the decade, he featured in ‘Red Heat’ and Spike Lee’s ‘School Daze’.

In the year 1992, he gave a powerful and captivating stage performance in August Wilson’s play, ‘Two Trains Running’. Whereas, in 1999 came the magnum opus of Fishburne’s career with the blockbuster science fiction film ‘The Matrix’. In it, he played the role of Morpheus, the hacker-mentor of Neo.

Then, Fishburne later appeared with Tom Cruise in ‘Mission: Impossible III’ wherein he capped the role of Theodore Brassell, the IMF superior of Cruise’s character. He tried his hand at screenwriting and direction with the self-starter film ‘Once in the Life’. Based on the critically acclaimed play ‘Riff Raff’.Beginning in 2000, Laurence Fishburne appeared in a lot of films.

During 2008, he returned to theatre for the one-man show ‘Thurgood’ playing Thurgood Marshall. His upcoming releases include the American comedy-drama ‘Last Flag Flying’ as Mulhall.

He won the NAACP Image Award for Outstanding Lead Actor in Television Movie or Mini-Series for ‘The Tuskegee Airmen’ in 1996.

Similarly, he won the Black Movie Award for Outstanding Performance by an Actor in a Supporting Role for ‘Akeelah and the Bee’. Fishburne won the Saturn Award for Best Supporting Actor on Television for the ‘Hannibal’.

There was a rumor that Laurence is gay. Currently, he is far from rumors and controversies.

Laurence Fishburne has a height of 6 feet and he weighs is 89Kg. Additionally, his chest, waist, biceps sizes are 42-36-14.5 inches respectively.

Laurence’s hair color is black and his eye color is dark brown. His dress size is unknown and his shoe size is 10 (US).

Also, read the affair, salary, the net worth, controversy, and the bio of Wes Brown, Chris Santos, and Kay Panabaker.