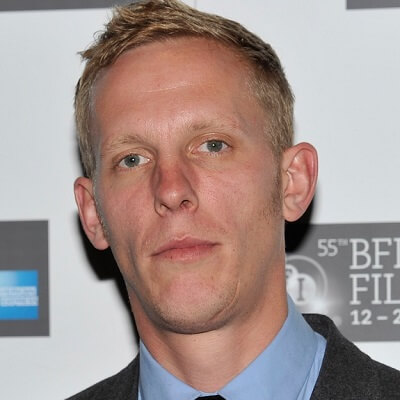 I'd just rather have a good time than I would be Daniel Day-Lewis. There ain't no method to my acting.

What is the relationship of Laurence Fox?

Laurence Fox is currently in a relationship.

He started dating Sara McKinnon in late 2019. After his controversial comments in Question Time, she had dumped her.

After that, he started dating Madeline Grant, a journalist. However, after a short time, the couple parted and now he is back with McKinnon. The couple is living together in Fox’s house in London and is isolating together in the time of the Coronavirus outbreak which has affected the UK, too.

He was previously married to actress Billie Piper. The couple met when they performed in the play, Treats. After dating for some time, the couple exchanged wedding vows on 31 December 2007  in the 12th-century parish church of St. Mary’s located in Easebourne, West Sussex

During their honeymoon in Mexico, the couple got matching tattoos to celebrate their marriage. On 21 October 2008, Billie gave birth to their first child, a son named Winston James Fox by emergency Caesarean section. After around four years, she gave birth to their second son, Eugene Pip, on 5th April 2012.

Fox announced the sad news of their split on 24 March 2016 on his Facebook page. On 12 May 2016, Fox and Piper confirmed their divorce.

Who is Laurence Fox?

Laurence Fox was born as Laurence Paul Fox on 26 May 1978, in Leeds, Yorkshire.

He comes from a family of actors as his father and uncles were actors. His father appeared in a number of 60s and 70s films including ‘King Rat’, ‘Thoroughly Modern Millie’, ‘The Servant’, and ‘Performance’, etc.

He was born as the third of his parents’ five children. His four siblings include Tom, Robin, Lydia, and Jack. Both Jack and Lydia are actors. He spent his childhood days in Leeds and Harrow.

Talking about his education, he went to Harrow School.

His time in the school was far from easy as he used to get in trouble for fighting, smoking, going into town, and seeing girls. Just a few weeks before his A-levels, he was expelled. He was given permission to give his exam but was not allowed to speak to anyone.

Despite doing well in his exams, he was not given a place in any university because of a report from Harrow. Later, he joined the Royal Academy of Dramatic Art (RADA).

Laurence Fox used to work as a gardener and then as an analyst in an office analyzing seismological data. He later decided to become an actor and joined the RADA. After graduating, he appeared in Gosford Park in 2001.

He then appeared in several war movies such as Island at War, The Last Drop, Deathwatch, Ultimate Force, and Colditz.

Fox then landed his most famous role to date. He appeared in the British detective drama, Lewis as James Hathaway, a Detective Sergeant.

Lewis was the highest-rated ITV drama of the year.

He is known for portraying real people. He has portrayed Prince Charles, Wisley, one of Jane Austen’s suitors, and also Sir Christopher Hatton, the Lord Chancellor of England in different movies.

In 2018, he played Lord Palmerston in the third season of the TV series, Victoria. His latest film role came in the movie, ‘The Professor and the Madman’ as Philip Lyttelton Gell.

In an interview after his divorce with Billie Piper, he said that he had to say goodbye to money’ as the divorce was expensive and admits that he misses the huge bank account sometimes.

Laurence stands tall at a height of around 6 feet 3 inches.

He weighs around 82 kg. His hair color is blond and his eyes are green in color.

In January 2020, Laurence was a subject of controversy and was labeled ‘racist’ by some people.

He argued that the depiction of a Sikh soldier in the war movie, ‘1917’ was “forced diversity” stated that Meghan Markle, Duchess of Sussex, was not a victim of racism. Moreover, he called an individual who called him a ‘white privileged male’ a racist.

Furthermore,  he also admitted that he would not date women below 35 because their views were too correct politically.

He later apologized for the Sikh comments.

You may also like to read the Bio, Career, Net Worth, Relationships, and more about Daniel Ben Wilson, Andrew Cuomo, Ryan Gosling, etc.

Laurence Fox and his girlfriend Sara McKinnon go shopping in London amidst the lockdown!