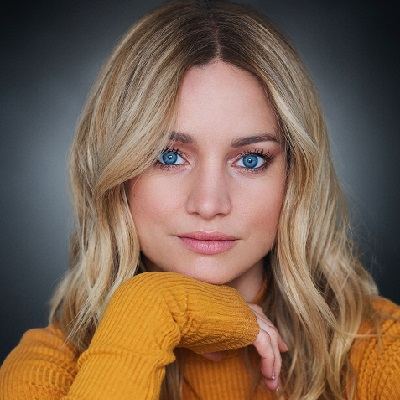 The beef is back and action.

What is the relationship of Laurence Leboeuf?

Last, in 2009, she was in a relationship with the Canadian actor, Éric Bruneau. However, they ended their relationship after four years in 2013.

Before that, she dated Max Walker. Max is also an actor by profession. They started dating in 2004. Two years after dating, they broke up with each other.

Who is Laurence Leboeuf?

Laurence Leboeuf is a Total Film FrightFest Award-winning actress, model, and singer. She is renowned as the Apple of the movie, Turbo Kid.

Last, in 2020, she appeared in the TV series, Transplant as Magalie Leblanc.

Laurence Leboeuf was born on the 13th of December 1985 in Montreal, Quebec. She is 36 years old. Her birth name is Laurence Charlotte Leboeuf.

Her father, Marcel Leboeuf is a writer and actor whereas her mother, Diane Lavallée is an actress by profession. They are of French ethnicity.

Talking about education, she completed her elementary education at Ecole Notre Dame de Grace. Later, she joined Villa Maria for high School. However, she dropped out of High School to pursue acting as her career.

As a child, Laurence Leboeuf had a keen interest in acting. Later, she followed the footprints of her parents and continued acting as her career.

Back in the mid-’90s, she started her career as an actress. In 1996, she debut in the industry through the French Canadian TV series, Virginie. In the series, she appeared as Évelyne Boivin.

Following the series, she featured the series like L’ombre de l’épervier, Tag – Épilogue, and L’hôtel de l’avenir. In 2006, he debuted in the movies with the movie, A Family Secret where she appeared as Jeanne.

Later, she appeared in TV series like Durham County, Musée Eden, and Trauma. Moving forward, in 2015, she was featured in the movie, Turbo Kid. The movie turned out to be a milestone in her career.

Besides that, she is also active in some modeling works too. Apart from that, she has contributed soundtracks to series like En tout cas and Windfall and Misfortunes.

Throughout her career, she has managed to make a net worth of $1 million. As an actress, her earnings are in the range of $19k to $208k.

Besides that, her earnings as a model range from $21k to $201k. Apart from that, she also makes her soundtrack contribution to the TV series too.

To date, she has not been through any sort of controversy that created a buzz in the media. Besides that, there are no rumors related to her.

Laurence Leboeuf has blue eyes with blonde hair. Her height is 5 feet 3 inches and weighs around 50 kg.