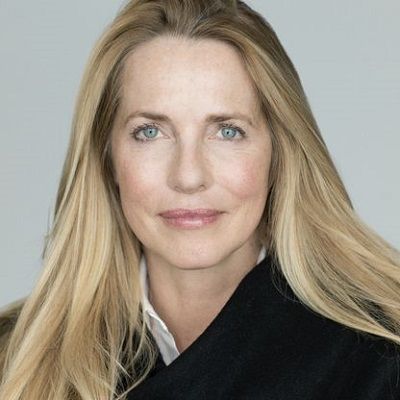 To do what you wanna do, to leave a mark - in a way that you think is important and lasting - that's a life well-lived

My relationship with money is that it's a tool to be self-sufficient, but it's not something that is a part of who I am.

Laurene Powell Jobs is currently single and the widow of Steve Jobs. She met Steve Jobs in 1989 during his lecture at Stanford Business School, where she was a new MBA student.

The two connected instantly and ended up having dinner together that night. On March 18, 1991, they got married at the Ahwahnee Hotel. In September 1991, Laurene gave birth to their son, Reed, followed by daughters Erin and Eve in 1995 and 1998 respectively.

In 2011, Steve Jobs died due to pancreatic cancer and Laurene inherited his Steven P. Jobs Trust.

Who is Laurene Powell Jobs?

Laurene Powell Jobs is an American businesswoman also known as the founder of Emerson Collective. It is an organization that advocates for policies to support education and immigration reform, environmental conservation, and social justice.

She is the Co-founder of Terranera, a natural food company. She is also famous as a widow of tech-wizard and Co-founder of Apple, Steve Jobs.

Laurene was born in West Milford, New Jersey on November 6th, 1963. She has a brother named Brad Powell and a sister named Tracy Powell.

Her father died in a plane collision when she was three years old. Her mother remarried. She has not disclosed the name of her parents.

Later on, she completed her MBA from the Stanford Graduate School of Business in 1991.

Laurene started her career by working at Merrill Lynch Asset Management. She also served as a fixed income trading strategist at Goldman Sachs for three years. Laurene Co-founded a natural foods company named ‘Terravera’ that was later sold to the retailers of Northern California.

She served as one of the board of directors at ‘Achieva’, a company that helps students to be more efficient at standardized testing through its online tools. Besides this, Laurene Powell Jobs has done a lot to improve the lives of millions of students.

She, along with a fellow entrepreneur, Carlos Watson, formed ‘College Track’, a nonprofit organization that helps disadvantaged students to complete their education.

Apart from this, the ambitious and philanthropic lady also founded ‘Emerson Collective’. In addition, she serves on the advisory board at ‘Udacity’, a company that offers affordable education to students.

Laurene Powell Jobs involved with several non-profit organizations besides her corporate commitments. She serves as a Director at The New School Venture Fund’s Investment Arm.

She is one member of the Board of Directors at Teach for America and is also involved with Stand for Children and Conservation International. Besides this, Laurene serves as a member of the advisory boards at clannish, Inc., Center for Community Partnerships at the University of Pennsylvania and the Council on Foreign Relations.

She also serves as a director at the New America Foundation, Global Fund for Women, eVoice, KQED (PBS), and ODC San Francisco.

Powell Jobs ranked by Forbes as the 29th most powerful woman in the world in 2014. According to the same list, American businesswoman is the richest woman in the technological industry. Apart from these achievements, Barack Obama honored Powell Jobs by selecting her for the White House Council for Community Solutions.

As of 2020, the estimated net worth of Laurene is $19.2 billion. She donated $2.74 million to her super PAC while backing Hillary Clinton.

Laurene is 5 feet 7 inches tall and weighs 68 kg. She has a blue eye color with blond hair.

She is not active on Facebook and Instagram but there are fan pages made in her name.

You may want to know about the salary, net worth, education of  Bob Iger, Becky Martin and Clint Eastwood.