LaurenzSide is an American YouTuber and TikTok star. Her YouTube contents include gaming, funny videos, and vlogs. LaurenzSide is married and pregnant with her husband, Bobby. 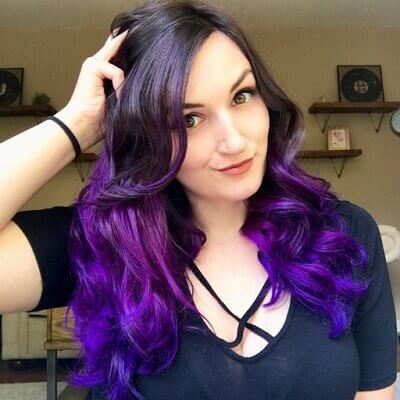 I are SO excited to finally be able to tell you all that we are expecting!!

LaurenzSide is a married woman. She is married to her boyfriend-turned-husband, Bobby. Bobby is an editor and edits her videos.

The couple dated for some years before deciding to get married. The couple exchanged wedding vows on 20 August 2016, in New Jersey, USA.

The guests included close friends and family. Their entire wedding vlog was uploaded by the Youtube channel, Press Record & Family.

Since then, the couple has been living together in New York City with their dog, Dexter. Bobby features in her videos frequently and also has his own YouTube channel, Bobizard. He also posts gaming videos and has around 63.7k subscribers.

LaurenzSide is pregnant with her husband. The couple is expecting their baby in May 2021.

LaurenzSide is an American YouTuber and TikTok star. Her YouTube contents include gaming, funny videos, and vlogs. Her main YouTube channel has more than 4.03 million subscribers. She later opened her TikTok account and now has more than 3.1 million followers.

LaurenzSide was born as Lauren Weber in New York City, on July 7, 1989. As of 2020, her age is 30. Her father sadly passed away due to lung cancer when she was in high school and her mother lives in Florida. However, she has not revealed the identities of her parents. She has a brother named Ryan and an elder half-sister named Chrissy.

Her childhood was normal. She loved playing games ever since she was a kid and loved playing Mario like any children of her age did at the time. Her ethnicity is Caucasian.

Lauren is a well-educated woman. She has a degree in Communication Arts. She graduated from college in 2013.

Laurenzside started her YouTube channel on February 25, 2007. On her main channel, Laurenzside, she posts gaming videos. She mostly plays Minecraft, Sims, Gatcha, etc. Her videos are highly popular among gamers as she combines her gaming with her humor and funny reactions. Her commentary and jump-cut editing styles keep the viewers entertained throughout the video.

The channel’s most popular video is ’24 Hour Living as My Sim Challenge’. The video has more than 8.9 million views. Some of her other popular uploads include ‘Recreating TikTok Videos’, ‘Trying Terrible Troom Troom Couple Pranks, ‘100 Bath Bomb Challenge Gone Wrong’, 24 Hour Eating as my Sim Challenge’, etc. All of these videos have more than 4 million views each. In total, she has uploaded almost 1500 videos and has more than 1.3 billion views on her videos. Her subscribers’ count has crossed 4 million.

Lauren also has two other channels for Livestreaming and Vlogging. She created her second channel, LaurenzOtherSide in March 2016. She posts vlogs and other non-gaming videos on that channel and has more than 205k subscribers on that channel. Her third channel, LaurenzLIVEside has around 104k subscribers and the channel is for Livestreams.
In addition, she is also active on TikTok. As of April 2020, her TikTok account has around 2.4 million followers. Her videos have millions of views each. In total, her videos have accumulated more than 40.6 million likes.

Laurenzside has an estimated net worth of around $300 k. Her main source of income is YouTube.

Her channel has more than 4.03 million subscribers and has gained over 1.3 billion views so far. On average, her channel gets around 1.5 million views per day. This generates an estimated income of around $7,500 per day which is $2.7 million a year. YouTubers earn money with the help of the ads that appear on the videos. They earn around $2 – $7 per 1000 monetized views.

also has a number of brand deals from several companies for advertisements through her accounts. So far, she has already worked with brands like LEGO, Maxnomic, Nintendo, etc.

Her hair color is dark brown and similarly, her eyes are also dark brown in color. She stands at a height of around 5 feet 6 inches and weighs 64 kg.

Similarly, she has not revealed her body measurements for breasts, waist, and hips.

The gaming Youtuber has not been involved in any controversies. She considers herself a ‘Gaming Comedia’ and her channel is also friendly to kids. So far, she has kept her content far from any controversy and scandal. She has not done anything controversial in her career as a YouTuber and social media personality so far. Similarly, there are no rumors about her.

You may also like to read the Bio, Career, Net Worth, Body Measurements, Social Media, and more about Billie Eilish, Takeoff, Pete Davidson, etc.