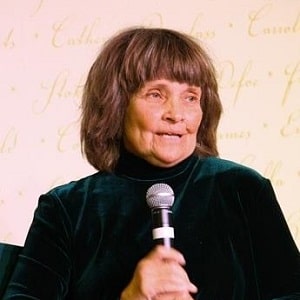 Lauri Peters was previously married to actor Jon Voight. The pair married on 30 April 1962. However, they separated after 5 years in 1967. While they were together, the couple appeared on stage together at the Old Globe in San Diego. Since then, it seems like Peters has not been involved in any other relationships.

Who is Lauri Peters?

Lauri Peters is an American actress, singer, dancer, and author. People mostly know her for her appearance in the 1963 film ‘Summer Holiday’. Additionally, she also appeared in the revival of Marc Blitzstein’s ‘The Cradle Will Rock’ as Moll.

Peters was born in Detroit, Michigan on July 2, 1943. Not much is known about her early life and childhood apart from the fact that she became interested in acting and musicals since an early age. She is of American nationality. Furthermore, details regarding her ethnicity are not available at present.

Talking about her education, there is no detailed information relating to Peters’ educational background.

Peters initially performed in a 1959 Broadway musical entitled First Impressions. Her first major role came in 1962 after she was cast as Katey Hobbs in ‘Mr. Hobbs Takes a Vacation’. Additionally, in 1963, she appeared as Barbara in ‘Summer Holiday’ and also as Lauri Perrault in the TV series ‘The Doctors and the Nurses’. She played Allie Carp / Mayblossom in the TV series ‘Gunsmoke’ in 1964. Since then, she has appeared in numerous other movies and television series.

Some other movies and television series that Peters has appeared in are ‘The Delphi Bureau’, ‘Search’, ‘Circle of Fear’, ‘For Love of Ivy’, ‘Movie Connections’, ‘The Bell Telephone Hour’, ‘What’s My Line?’, ‘The Arthur Murray Party’, and ‘Startime’. Her last acting credit is in the TV series ‘The Delphi Bureau’.

Furthermore, she has also performed several musical theatres including ‘First Impressions’ and ‘Sound of Music’. She is also the founder of the Meisner Extention at NYU. Currently, she is writing a series of books on Sanford Meisner and his methods.

Peters has received the Tony Award for Best Featured Actress in a Musical nomination.

Peters has not revealed her current salary. Additionally, there are no details available about her net worth at present.

Since Peters has been away from the media spotlight for several years now, she has not been part of any recent controversies. Furthermore, there are no rumors concerning her life and career at present.

Talking about her body measurement, there is no information available relating to Peters’ height and weight. Her hair color and eye color is dark brown.