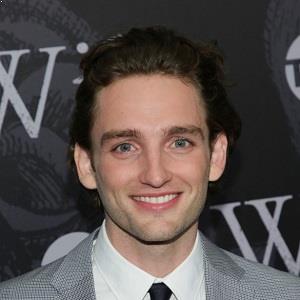 There are no details about Laurie Davidson’s personal life. He is not active in the social media hence there are no records available about his past and present relationships. At present, he is believed to be single.

Who is Laurie Davidson?

Laurie Davidson is an English actor. He portrayed the role of William Shakespeare in the TV series ‘Will’ in 2017.

Davidson was born in London, in 1992. He always wanted to become an actor since his childhood years. He is of British nationality. Additionally, there are no details about his ethnic background at present.

Additionally, there is no detailed information about his early life and childhood at present.

Talking about his education, Davidson graduated from the London Academy of Music and Dramatic Art (LAMDA) in 2016.

Davidson initially first appeared in the ‘Vampire Academy’ but was uncredited. Additionally, he was discovered after he appeared in Anton Chekhov’s ‘The Seagull’. His most important role to date was as Shakespeare in TNT’s ‘Will’.

Furthermore, Davidson also appeared as Michael Lewis in the 2017 TV movie ‘Diana and I’. In addition, Davidson has stated that he is a huge fan of William Shakespeare. He has also played Shane Corcoran in the play ‘The Ferryman’ at the Gielgud Theatre, London, UK.

Davidson has not revealed his current salary. Additionally, there are no details about his estimated net worth at present.

Davidson has successfully kept his life away from the mainstream media spotlight. To date, he has not been part of any notable controversies. Additionally, currently, there are no rumors concerning his life and career.

Talking about his body measurement, Davidson has a height of 1.83m. Furthermore, his hair color is dark brown and eye color is blue.