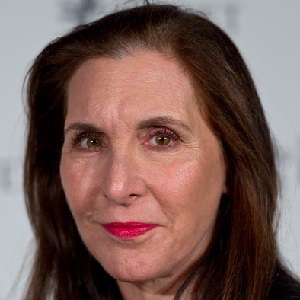 We don't have real hours and we don't have a boss, so artists create rules for themselves that they then break. It's transgressive in such a personal way.

When I was in art school, there was a stigma attached to coming from comfortable suburbia. If you were from Great Neck, Long Island, you couldn't be a 'real artist', so I found crafty ways of implying that I was from New York.

I'm innately conservative, and painting is an ideal place to exercise a progressive conservatism. I operate well within limits.

What is the relationship of Laurie Simmons?

Reflecting on a personal life of Laurie Simmons, she is a married woman. She is married to painter Carroll Dunham in1983 and the couple is still living a happy married until date.

They have been blessed with two daughters, Grace Dunham and Lena Dunham. She is currently living a luxurious lifestyle in New York City with her family. There isn’t information about her being in other romantic relationship that we know of.

Her personal life isn’t in the limelight as her career path is. Being a celebrity, her fans are always curious to know more about her.

Who is Laurie Simmons?

Laurie Simmons is an American artist, photographer, and filmmaker. She rose to fame for her Tourism, Water Ballet, the Black Series, Walking & Lying Objects, and other photography. Guggenheim Fellowship and a National Endowment for the Arts Grant for her work.

The daughter of Dorothy Simmons and Samuel Ira Simmons, Laurie Simmons was born on 3 October 1949 in Far Rockaway, Queens.

Her father worked as a dentist whereas her mother was a housewife. She was brought up in a Jewish community. She is of Ashkenazi Jewish ethnicity and has an American nationality. Since childhood, she has built up a strong interest in photography after when her father bought her a Brownie camera.

Simmons received a BFA from Tyler School of Art in 1971 at Temple University in Philadelphia.

Talking the career journey of Laurie Simmons, she started out as a freelance photographer for a dollhouse miniature company. She shot her dolls with emotional lighting so they resemble images of people. She has done it working together with Cindy Sherman and Richard Prince. At that time black and white were preferred to be more truthful than color photography.

In the 1980s, she developed her projects with series including toy ballet dancers, ranchers, and walking objects. Likewise, she created “Tourism” which was a progression of Silver color dye prints of postcards of popular tourists. In 1991,  she created “Clothes make the Man” which is a progression of pictures of male dummies.

To design an interactive modernist dollhouse “Kaleidoscope House” she collaborated with architect Peter Wheelwright in 2001. In 2001, she started “The Instant Decorator” series which was based on a 1976 interior decorating book of the same name.

In addition, Simmons started a new project ‘The Love Doll’ featuring a life-size doll from Japan. She made her first film “The Music of Regret” in 2006 which is thought to be an extension of her photographs. In the same way, she has also directed the film ‘My Art’. She appeared together with her children Lena Dunham and Grace Dunham in ‘Tiny Furniture in 2009.

Laurie Simmons: Salary and Net Worth

Her success in the career path has paid her well financially. Her net worth is estimated to be $1.5 million as per 2022’s data.

She suffered criticism when she brought her inventive First Feature ‘My Art’ to Tribeca.