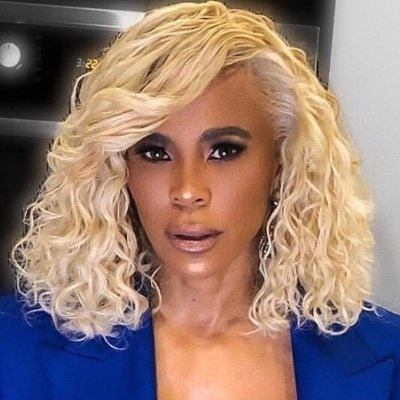 Laurieann Gibson is an outspoken personality. However, when the matter comes to her personal life, she loves to keep it a secret. Hence, her current relationship status is ambiguous.

Some online claimed that she is married to an entrepreneur named Andre Harell. However, she has never confirmed it.

Canadian Laurieann Gibson is a Primetime Emmy Award-winning choreographer, singer, and TV Personality. She is renowned for her works as a choreographer with the musical artist like Michael Jackson, Lady Gaga, and Alicia Keys.

Last, in 2019, she appeared in the Dance Moms Funniest Fights as Guest Dance Instructor.

Next, she will appear in the series, Making The Band as a Judge. On the 15th of July 2019, an announcement was made regarding the premiere of the show in 2020.

The show was postponed due to the COVID-19 pandemic till 2021.

Laurieann Gibson was born on the 14th of July 1969 in Toronto, Canada. She is of British-Irish ethnicity.

Her father, Bishop Gibson, and mother, Marcia Gibson are from Jamaica. She has two sisters; Karen and Debbie Gibson.

Till the date, details regarding her academics are behind the curtains. However, she received dance training from the Alvin Ailey American Dance Theater.

In 1993, Laurieann Gibson started her career with the TV series, In Living Color as a fly girl. However, she first came in the spotlight with MTV’s TV series, Make the brand season 3 as a choreographer.

Prior to that, she has already worked with the artist like Brandy, Lil’ Kim, and Missy Elliott as a choreographer on various song projects.

Later, she became the director of the choreographer for the recoding labels like Motown Records and Bad Boy Records. Associated with those labels, she worked with various artists including MJ, Alicia Keys, and Beyonce.

Also, in 2007, she started working as a choreographer with Lady Gaga. As partners, they worked in various albums like Paparazzi, Telephone, Judas, and many more.

Despite such hits, they parted with each other in 2011 due to creative differences. Also, she is famous for the movies; Alfie and Honey as a choreographer.

Apart from being a choreographer, she is widely known for her TV appearance too. In most of the shows like Skating With the Stars, Starmaker, and Making the Band as a Judge. Also, she has hosted the TV series, Beyond the Spotlight. Last, in 2019, she judged the show, So You Can Dance.

As a director, She has directed most of Lady Gaga’s videos. Such videos include Google Chrome, You and I, and Judas. Also, she has featured the movies Honey, Honey 2, and Sing as an actress.

Apart from that, she has a brief journey as a singer. Till the date, she has her two albums released.

Apart from that, she also makes through her career options as a singer and TV personality.

Back in 2011, she has been in headlines along with Lady Gaga. In the year, she had a bitter argument with the singer. The argument was caused due to the creative difference between them.

They started their partnership back in 2007. At the time, Lady Gaga was a new signee at the Interscope Records. They worked together in the various projects that made Gaga a multiplatinum and Grammy Awards winning performer.

Laurieann Gibson has black eyes with black hair. However, she mostly prefers to change her hair color to blonde. She has a decent height and an average weight.

However, she has not shared any details on her body stats.

You may also read the bio of Taja Riley, Sonia Rodriguez, and Amymarie Gaertner.

Why was Chloe Lukasiak bullied? Chloe’s brave face against her trollers, her sinister eye condition ‘Silent sinus syndrome’ and her career flights!