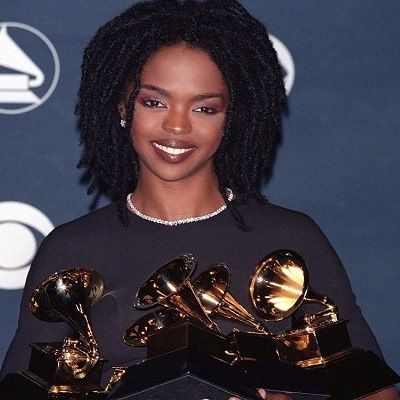 I had to confront my fears and master my every demonic thought about inferiority, insecurity, or the fear of being black, young, and gifted in this Western culture.

That strong mother doesn't tell her cub, Son, stay weak so the wolves can get you. She says, Toughens up, this is a reality we are living in.

When I was working, and when I was making substantial amounts of money, I always filed and paid my taxes. This only stopped, when it was necessary to withdraw from society, in order to guarantee the safety and well-being of myself and my family.

Lauryn Hill was in a relationship with singer and musician Wyclef Jean in the early years of their music band. Their relationship was very volatile and tumultuous during the entirety of its existence.

They were even involved after Jean got married to Marie Claudette. After the breakup of their band, he admitted that their complicated relationship was one of the factors that led to the dissolution of the band.

Lauryn also claimed that he was the father of her first child. However, Rohan Marley (Lauryn’s first child’s actual father) later rubbished such claims.

She was allegedly going out with music manager Kendu Isaacs, who would later be widely known for his marriage to Mary J. Blige. Lauryn first met former NFL player and entrepreneur, Rohan Marley, who is the son of reggae legend Bob Marley, in the summer of 1996. They began dating soon after.

During the initial stages of their relationship, Lauryn was reported to be involved with Jean as well. During 1997, the couple welcomed their first child, Zion David. David was followed by Selah Louise (born in November 1998), Joshua (born in January 2002), John (born in 2003), and Sarah (born January 2008) over the following years. They eventually decided to part ways in 2008.

In July 2011, she gave birth to her 6th child, a boy named Micah. Furthermore, it has been clarified that Marley isn’t his father and Lauryn has opted to keep the identity of Micah’s father firmly under wraps.

Who is Lauryn Hill?

Lauryn is an eminent American singer, songwriter, and rapper. She is well known for being a member of Fugees, and for her solo album The Miseducation of Lauryn Hill, which won many awards and broke several sales records.

Lauryn Hill was born in East Orange, New Jersey, the United States on May 26, 1975. His birth name is  Lauryn Noelle Hill and she is currently 45 years old.

Her father’s name is Mal Hill (management consultant) and her mother’s name is Valerie Hill (English teacher). She belonged to a middle-class household.

Hill became popular at her school for her singing talent. She has a brother namely, Malaney Hill. Lauryn holds American citizenship and mixed (African-American) ethnicity. Her birth sign is Gemini.

Talking about Lauryn’s education history, she went to Columbia High School, where she was a cheerleader. She learned to play the violin, dance, and was a part of the school’s gospel choir.

Talking about her profession, Lauryn Hill made her first appearance in an Off-Broadway called ‘Club XII’, which was a hip-hop version of Shakespeare’s Twelfth Night. She was noticed by an agent, which fetched her small, recurring role in the soap opera ‘As the World Turns’.

In the year 1993, Hill appeared in ‘Sister Act 2: Back in the Habit’ alongside Whoopi Goldberg. She performed two songs in it: ‘His Eye Is on the Sparrow’ and ‘Joyful, Joyful’. She also appeared in Steven Soderbergh’s ‘King of the Hill’. During 1994, after changing their band’s name from ‘Translator Crew’ to ‘The Fugees’, their album ‘Blunted on Reality’ was released. Although the album was not a commercial success, Hill gained a lot of popularity for her ‘rapsy alto voice’.

In the year 1996, ‘The Fugees’ second album ‘The Score’ was released. In the same year, Hill founded the ‘Refugee Project’, which was a non-profit organization whose aim was to bring change in the attitudes and lifestyle of troubled urban youth. She also raised money for Haitian refugees.

Likewise, in 1997, Hill split from ‘The Fugees’ to work on some of the solo projects. She also appeared in movies like ‘Hav Plenty’ and ‘Restaurant’. She recorded her first solo record ‘The Miseducation of Lauryn Hill’.

Similarly, in 1998, ‘The Miseducation of Lauryn Hill’ was released. In addition to the songs from the Miseducation album, her song ‘Can’t Take My Eyes Off You’. During 2001, after a long period of the gap in her music career and staying away from the public eye, Hill came up with an album of the concert titled ‘MTV Unplugged No. 2.0’. It received a mixed critical reaction but AllMusic gave it 4 out of 5 stars.

In the year 2004, she sang the song ‘The Passion’ and ‘So High’ with John Legend. She also sold her song ‘Social Drugs’ as a pay-per-view on her website, along with her autographed posters. She performed with ‘The Fugees’ at Dave Chappelle’s Block Party.

During 2005, ‘The Fugees’ went on a European tour but the band could not hold itself together as the old differences between the band members, especially Hill and Jean, resurfaced and they could not record an album.

Similarly, in 2007, Hill came out with her new solo ‘Ms. Hill’, which included featured cuts for ‘Miseducation of Lauryn Hill’ and a lot of compilations that she accumulated over the years. She also did a song for the movie ‘Surf’s Up’ called ‘Lose Myself’.

In the year 2010, Hill performed in the Raggamuffin Music Festival and also appeared at the Harmony Festival in Santa Rosa, California.

Likewise, in 2012, Hill gave a performance at the Warner Theater, Washington D.C., and performed a new song called ‘Fearless Vampire Killer’. She also went on a tour, titled ‘Black Rage’, along with the rapper Nas. During 2013, Hill released her single ‘Neurotic Society (Compulsory Mix)’.
Owing to her deal with Sony Music, Hill is scheduled to release a solo album for the first time in 15 years in the same year.

Hill has an estimated net worth of around $8 million and she has earned that sum of money from her professional career.

Lauryn’s hair color is black and her eyes color is dark brown. Furthermore, her dress size is 4 (US) and her shoe size is 8 (US).

Eight times Grammy winner, Lauryn Hill rumored to work with Drake. All about her personal life, pregnant with another man with the sixth child