Lauryn Speights is an American actress and dancer. 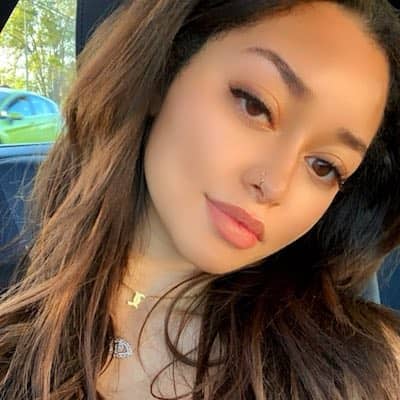 Lauryn Speights at present is possibly single. She has not provided the details of her affair of boyfriend to the media yet.

Who is Lauryn Speights?

Lauryn Speights is an American actress and dancer. She is known for appearing in The Good Place (2016), Deadly Lessons (2018), and I Was A Teenage Pillow Queen (2018).

In 2020, she has played the character of Kaitlyn in the TV movie My Daughter’s Psycho Friend.

She was born on 17 July 1999 in the United States. The name of her father and her mother’s name is Nick and Lisa Speights respectively.

Lauryn’s ancestry is a mix of All-American, Puerto-Rican, Cuban, Japanese, and has a brother named Taj.

Talking about her academics, she has not shared the information.

Lauryn Speights entered the entertainment industry in 2009 with a TV series, The Fresh Beat Band. In this, she was a dancer for two episodes. Then she was seen in In the Flow with Affion Crockett and Break! Substance Over Hype.

But she is mostly known for her character in 2018’s projects like The Good Place as Eleanor-5, Deadly Lessons as Julia, and I Was A Teenage Pillow Queen as Gretchen.

Her other screen appearances are,

At present, her estimated net worth is around $100k US. Also, her salary from her career is not calculated.

Regarding Lauryn Speights’s body features, her height and her body weight are unknown. She has brown eyes and her long hair is light brown.

Lauryn is officially active on social networking sites but not on Facebook. She has more than 1.9k followers on Twitter.

Plus, she is also followed by more than 49.8k people on Instagram.