Laverne Cox is an American Actress, reality television star, and television producer. She is also an LGBT advocate.

Laverne Cox has a hottie in her life. The Orange Is the New Black star, 31, is dating Jono Freddie, president of The Virtual stage, a Vancouver-based film and theater company, sources confirm to Us Weekly.

Cox, who made history as the first transgender woman to cover Time magazine in June 2014, also brought Freedix as her date to SAG’s, where OITNB took home the award for Oustanding Performance by an Ensemble in a Comedy Series.

Freedrix is a former high school teacher who ran an award-winning teen filmmaking program called Killarney films, and who “ also happens to love orangutans.” Freedrix has worked with cox’s co-stars in the past. OITNB’s Joel Marsh Garland and Pat Squire appeared in his “twisted comedy” about public breastfeeding, entitled Sucklepump. 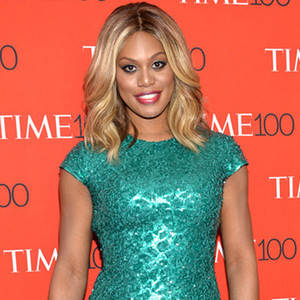 Who is Laverne Cox?

Laverne Cox is an American Actress, reality television star, and television producer. She is also an LGBT advocate.

She became known for the portrayal of Sophia Burset on the Netflix television series Orange Is the New Black, for which she became the first openly transgender person to have a wax figure of herself at Madame Tussauds.

In 2017, she became the first transgender person to play a transgender series regular on broadcast Tv as Cameron Wirth in Doubt on CBS.

Laverne Cox was born on May 29, 1984, in Mobile Alabama, the U.S. Her nationality is American and ethnicity is African-American.

Her mother’s name is Gloria Cox and father’s name is unknown. She has an identical twin brother, M Lamar. He plays the role of the pre-transitioning Sophia (as Marcus ) in Orange Is The New Black.

Cox stated, “she attempted suicide at the age of 11” when she noticed that she developed feelings about her male classmates and had been bullied for several years for not acting “the way someone assigned male at birth was supposed to act.

Laverne Cox is a graduate of the Alabama School Of Fine Arts in Birmingham, Alabama, where she studied creative writing before switching to dance.

She then studied for two years at Indiana University Bloomington before transferring to Marymount Manhattan College in New York City, where she switched from dancing (specifically classical ballet) to acting.

Laverne Cox became known for her recurring in the Netflix series  Orange Is the Black as Sophia Burset, a trans Women sent to prison for credit-card fraud. She appeared as a contestant on the first season of I Want for Diddy; afterward, she was approached by VH1 about show ideas. From that came the makeover television series Transform Me, which made Cox the first African-American transgender person to produce and star in her own TV show.

Both these shows were nominated for GLAAD media awards for outstanding reality programs, and when Diddy won in 2009, Cox accepted the award at the GLAAD ceremony, giving a speech described by the San Francisco Sentinel as “among the most poignant because it reminded us how imported it is to tell our stories, all of our stories. She has also acted in a number of TV shows including Law & order: Special Victims Unit Bored to Death, and Musical Chairs.

In addition to her work as an entertainer, she speaks and writes about transgender rights and other current affairs in a variety of media outlets, such as the Huffington Post. Her role in Orange Is The New Black provides her a platform to speak on the rights of trans people. In a recent interview, she stated, “Sophia is written as a multi-dimensional character who the audience can really empathize with all of the sudden they’re empathizing with a real Trans person. And for Trans folks out there, who need to see representations of people who are like them and of their experiences, that’s when it becomes really important.

In January 2014, Cox joined Trans Women Carrera on Katie Couric’s syndicated show, Katie. Couric referred to transgender people as “Transgenders”, and after being rebuffed by a career on the subject of her surgeries, especially what genital reconstruction she had done, turned the same question to Cox. Cox responded, “ I feel like there is a preoccupation with that. The Preoccupation with transition and surgery objectifies trans people. And then we don’t get to really deal with the real lived experiences.

The reality of trans people’s lives is that so often we are targets of violence. We experience discrimination against the rest of the community.our unemployment rate is twice the national average; if you are a trans person of color, that rate is four times the national average. The homicide rate is highest among trans women. If we focus on transition, we don’t actually get to talk about those things.

Cox was also cover of the June 9, 2014, issue of Time, and was interviewed for the article “The Transgender Tipping Point” by Katy Steinmetz, which ran in that issue and the title of which was also featured on the cover, this makes Cox the first openly transgender person on the cover of Time.

Laverne Cox also joined a campaign that year against a Phoenix, Arizona law which allows police to arrest anymore suspected of “manifesting prostitution”, and which she feels targets transgender women color, following the conviction of activist ( and a transgender woman of color) Monica Jones. Cox stated, “ All over the country, trans women are targeted simply for being who they are”.

In June 2016, the Human Rights Campaign released a video in tribute to the victims of the 2016 Orlando gay nightclub shooting; in the video, Cox and others told the stories of the people killed there.

In 2017, Cox began her role as transgender attorney Cameron Wirth on Doubt on CBS.

Cox has been noted by her LGBT peers and many others for being a trailblazer for the transgender community. She has won numerous awards for her activist approach in spreading awareness. Her impact and prominence in the media have led to a growing conversation about transgender people., especially women, and how it intersects with one’s race and identity. In may 2016, she was awarded an Honorary Doctorate from The New School in New York City for her progressive work in the fight for gender equality.

Laverne Cox: Salary and Net Worth

There was the rumor that Cox had surgery on her nose. Cox posted her photo in snap chat and told “For everyone who thinks I had a nose job, the surgeon is Snapchat.

Laverne has a height of 5 feet 11 inches. Her body weighs 76kf. She has dark brown hair and dark brown eyes. Furthermore, her bra size is 34B, shoe size is 13US and the dress size is 10US.

Transgender actress Laverne Cox is upset over deadnaming and gender assignment of dead transgenders based on their birth names!