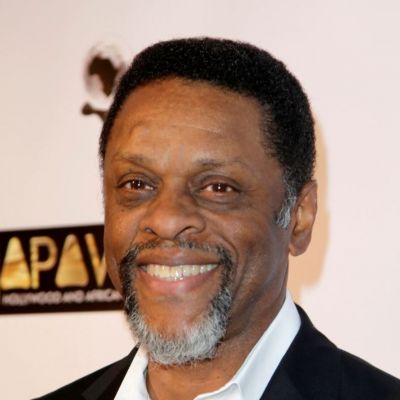 Talking about his love life, Lawrence Hilton-Jacobs has two daughters. However, their mother’s details are still not mentioned in the public.

It seems he prefers staying out of media and public. The star has not shared his personal information as he has kept it low-key.

Who is Lawrence Hilton-Jacobs?

Lawrence Hilton-Jacobs is a well-recognized American actor and singer. Hilton is widely famed for his role in Claudine(1974), Cooley High(1975), Roots(1977), and so on.

Moreover, he is also known for his act on the shows such as Roseanne, Moesha, and Welcome Back, Kotter, and so on.

Lawrence Hilton-Jacobs was born on 4 September 1953. At present, his age is 67 years old. Likewise, his birthplace is New York City, New York, the USA.

Lawrence is the son of his father, Hilton Jacobs whereas his mother is Clothilda Jacobs. Moreover, he has eight siblings as well and is the fifth of nine children.

Talking about his nationality, Jacobs holds an American identity whereas his ethnicity is African-American.

Regarding education, the star attended Wikes University. He earned his graduation from the High School of Art and Design in the year 1971. Also, the actor learned to act with the Negro Ensemble Company and the Al Fann Theatrical Ensemble.

Professionally, Lawrence started his career making his debut in 1974. He was cast for the character of Charles in the Oscar-nominated film, Claudine. Later, he featured in the critically acclaimed crime drama movie, Death Wish and The Gambler. Hilton then featured in his career highlighting role in 1975 portraying the role of Cochise in the sports comedy teen film, Cooley High.

Additionally, he also performed in Welcome Back, Kotter. The actor was only the member who appeared in all 95 episodes of the show before it ended in 1979. Following year, Lawrence featured in the television series Simon& Simon and Fame where he performed the lead role of Jon Chance in the 1989 action movie, L.A. Heat.

The actor has also emerged in the recurring role of Sgt. Dobbs in the Primetime Emmy-winning television Sci-Fi series, Alien Nation. Between 1992 and 2000, Hilton added over a dozen small screen supporting roles to his portfolio such as Renegade, Martin, Roseanne, Moesha. He also featured as Richie in the comedy series, The Wayans Bros.

Jacobs then featured in 2011 in the leading role in the drama, Nocturnal Agony. Apart from this, he is also known in the music industry. He signed a record deal with ABC Records in 1978 and released an album titled Lawrence Hilton-Jacobs S/T. It includes singles such as Fly Away, Love and Understanding, and What Kind of Man.

A multi-talented personality, Lawrence has earned a handsome amount of money from his long acting career. He has been active in his profession from the year 1974 till the present.

It is reported that Lawrence Hilton-Jacobs has an estimated net worth of $1 million.

However, the famed superstar has not disclosed his exact salary, earnings, and assets details till now.

Lawrence has never been part of any controversial matter or rumors till now. Hilton has been preoccupied with his professional and private life.

It seems that Jacobs prefers enjoying his personal life and does not want to merge it with his professional life.

67 years old multi-talented star, Hilton has handsome looks and an admirable personality. He stands at a height of 6 feet 3 inches. Also, he has a balanced bodyweight of 85 kg.

Furthermore, Jacobs has brown eyes whereas his hair is black.

Regarding his social media presence, Lawrence Hilton-Jacobs is an active personality on social media. Lawrence has more than 1k followers on his official Instagram account @lhjman.

Moreover, Jacobs is also available on Facebook at the moment.