Updated On November 22, 2022 | Published By: Gracie Hale
Share this
Single 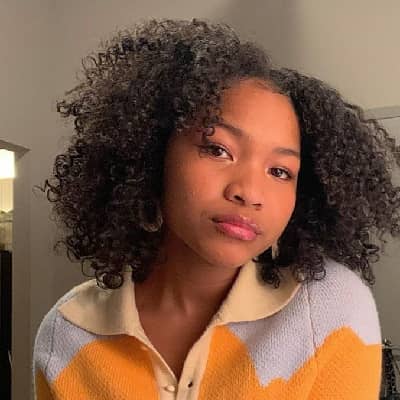 What is the relationship of Laya Deleon Hayes?

Laya Deleon Hayes currently doesn’t seem in any committed and in a serious relationship. Well, she is possibly single.

She is still young and enjoying her teenage rather than forming any romantic relationship.

In the further days, if she introduces anyone as her boyfriend or lover then we will definitely update it.

Who is Laya Deleon Hayes?

Laya Deleon Hayes is an American actress, singer, and dancer by profession.

She is recognized for her role of Delilah as the daughter of Robyn McCall on The Equalizer.

What are the birth facts of Laya Deleon Hayes?

The Young actress landed in this world on June 22, 2004. The birthplace of Laya is in Charlotte, North Carolina, and grew up in Grand Prairie, Texas.

She is of American citizenship and belongs to the mixed descent of Filipino and All-American.

She is the only child of her parents Kevin Hayes and Gina Deleon. Her grandfather who already died was a retired U.S. Navy Veteran.

At the moment, she is attending high school but hasn’t yet disclosed her school name.

Laya started her career in the glamorous world at the age of 5. She has appeared in several national commercials.

She made her movie debut in Sister Code portraying the role of Young Lavae. Later, she appeared in Nickelodeon’s holiday movie, Santa Hunters in 2014 along with Amber Montana, Curtis Harris, and Breanna Yde.

Also, she featured in 2 episodes of the NBC drama, Chicago Fire starring Jesse Spencer. In addition, she was nominated for NAACP Image Award for outstanding character Voice-over performance.

Some of her television credits are,

Laya is fresh in this glamorous field so, she is not surrounded by such controversial acts as of now.

As per other online sources of 2022, she has an estimated net worth of nearly $1 million throughout her profession as an actress.

Moreover, she hasn’t yet revealed anything about her other income and remuneration.

Laya stands at the height of 5 feet 3 inches tall whereas her weight is unknown. Likely, she got curly black hair with black pair of eyes.

Furthermore, other body statistics are not available at the moment.

The Young actress is active on Instagram where she has over 130k followers as of now. Likewise, she has a Twitter account with more than 4k followers.