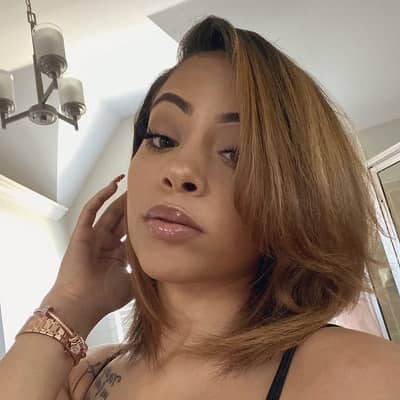 According to the source, Layton Greene is still single and focusing on her career to develop her skill at the moment.

Who is Layton Greene?

Layton Greene is an American R&B/soul vocalist, songwriter, and YouTuber. Greene is renowned for her first cover, the remake of Kodak Black’s ‘Roll in Peace’ album, which went viral.

At present, she has signed a contract with Quality Control Music.

Layton Greene was born on December 4th, 1998 in East St. Louis, Illinois, USA. She is an American by birth and her ethnicity is African-American. She was brought up by her birth mother and her stepfather who eventually separated when she was 14 years old.

Once in an interview, Greene stated that her childhood was very lonely and “sheltered.” Until she was 18, she ran away with a man who was way older than her and had children. However, the escapade lasted just a few months before she returned to her family in Tennessee.

Greene began by making her own videos of some of her favorite songs and sharing them on social media. Among the many songs she sang was a cover of “Roll in Peace” by Kodak Black, where she put her own twist on her lyrics. Since uploading it, and against all her wishes, the clip started to draw publicity far beyond her circle of friends and received more than half a million views.

This performance led Layton to collaborate with producer G-Styles to record a more professional version of what she renamed “Roll in Peace Remix.” This remix was released online in November 2017 with an explosive reception of over three and a half million plays.

Myself is the first single debut of Layton’s original music released in May 2018. She went on to do this song after she got a massive following and online, giving her a stage to start her career. Greene didn’t want the world and especially her fans, to believe that covers were all she could do.

Layton Greene is estimated to have a net worth of about $500,000 as of 2020. This includes her properties, capital, and revenue. Her key source of income is her career as a musician. Greene has been able to acquire a good fortune from her numerous sources of wealth but continues to lead a luxury lifestyle.

Until now there is no rumors or controversies about Layton Greene.

Greene’s hair color is black and the color of her eyes is Dark Brown.