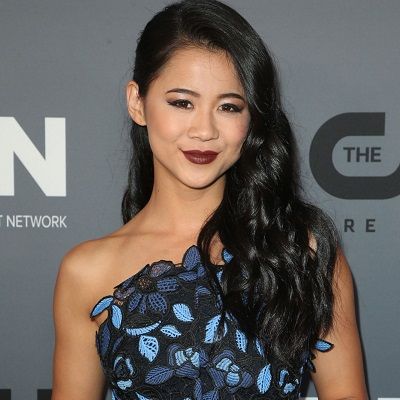 Leah Lewis is currently single. She has not revealed her past relationship.

She shares a good bond with her friends. Leah is a good friend of Maddison Jaizani. Nick Hargrove is her old friend.

Who is Leah Lewis?

Leah Lewis is a Chinese actor known for playing the role of Georgia ‘George’ Fan in Nancy Drew. She is the contestant of the 3 Minute Game Show in the year 2008.

Lewis is going to appear as Heather Williams in post-production How to Deter a Robber.

Similarly, she has a sister Vanessa and two brothers Justine Cone and Cameron Lewis. She has not disclosed her education details.

In the year 2005, she played the role of Young Alice in Lullaby. After that, she appeared in Circumstance, The New Adventures of Old Christine, Paloozaville and others.

Her recent roles include in Sing It!, Best Friends Whenever, Guidance, My Dead Ex, Laci Kay: Incontrami, Light as a Feather, The Good Doctor, Charmed, Playing Dead, The Gifted and others.

From 2018 to 2019, she played the role of Shannon in Station 19. After that, she played Georgia’s George Fan in Nancy Drew. Similarly, she played Ellie Chu The Half of It and Heather Williams in How to Deter a Robber.

She has a YouTube channel with 1.07k subscribers on YouTube. On her channel, she has uploaded songs like Dream It All Away, Take A Shot For Me, Writer In The Dark, Gravity, Hello, You’re The One That I Want and Royals.

When she was 15 years old, she auditioned for The Voice season 4.

She earns a decent amount of money from her career as an actress and singer.

Leah likes to keep her life private. She has not been part of any big rumors and controversy.

Leah has dark hair and brown eyes. She is 5 feet 1 inch tall and weighs around 51 kg.

She has 5k followers on Twitter. She is active since January 2010.