Updated On January 26, 2023 | Published By: Brandy Stratton | In Child , controversy , Relationship
Share this 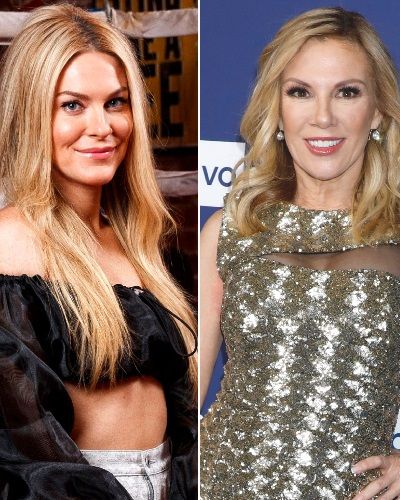 Leah went on to invite her sister on the trip which was not liked by Ramona. On Instagram, Leah wrote,

“Hurricane season is here and tonight it’s ‘Hurricane Leah.’ I want to preface this episode by saying I went on this trip to Rhode Island not really wanting to even go. I didn’t know the women that well at this point, and I was in an already-vulnerable mood,”

“I wanted my sister there for support. She was also six months postpartum and looking forward to her first baby-free overnight trip. Moms: haven’t we all been there?”

She was upset when Ramona repealed her sister’s invitation for the third time. Leah is close to her sister. She criticized Ramona and some of her costar’s questionable behavior, including fat-shaming.

“Tune in tonight for Ramona. Watch her get embarrassed by MY ‘bad’ behavior. Yes, you heard it right: the woman who defecates on hotel room floors (and expects others to clean it up), who calls her own friends fat,”

Also read Conflict Between The Exes; Clare Crawley And Her Ex Juan Pablo Galavis Are Having Feud On Twitter!

Leah McSweeney is not married yet. But she is the mother of Keir Marie with ex-boyfriend Rob Cristofaro.

They are not in a relationship but share a good friendship and co-parent their daughter. Likewise, Cristofaro helped McSweeney launch her clothing company, Married to the Mob.

Also, Rob is known in the streetwear industry as he launched Alife with three business partners in 1999. He said,

“The primary motivation for starting the company was to spread our love of product, art, lifestyle and quality to whoever wanted to come for the ride,”

Leah and Rob purchased a property together in the Catskill Mountains. They also bought a small home in Barryville, New York, in 2008 for $305,000.

The property was built that year as well and sits on more than three acres of private land. Similarly, the two have only dated for a few years and broke up in 2008. Their daughter was born a year ago in 2008.

They call their daughter Kiki which is short for Kier Marie. Her boyfriend Rob says that her life has become different since the birth of his daughter.

“I would have to say the day that my daughter came into my world. It is the step up from boy to man. Clarity sets in and it became time to level up.”

They spend time as friends since the birth of their daughter and see each other multiple times and go grocery shopping together.

Also read Who is Jodi Stewart? Insight on her married life with Sean Paul and their children

American Leah McSweeney is a Fashion Designer and TV personality. Also, McSweeney is renowned as the CEO of the female fashion line, Married to the Mob.

Last, in 2020, she made her appearance in the TV series, The Real Housewives of New York City. Read more bio… 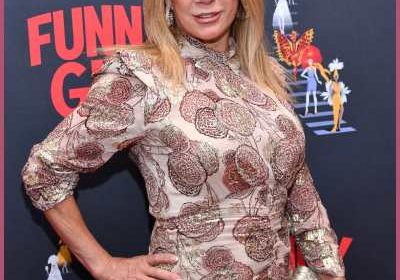 Ramona Singer Confirmed Her Quit From the RHONY show!