American Leah Messer is a TV Personality and author.

Leah Messer is currently dating Jaylan Mobley. There is no further information about their relationship.

Previously, she was dating Jason Jordan. Jason is a medical salesman by profession. They started dating each other in April 2018. However, they decided to part ways in 2019.

Before that, she was married to Jeremy Calvert. They started seeing each other in 2011 for eight months. Later, on the 4th of April 2012, they exchanged vows each other.

Together, they welcomed their first daughter, Adalynn Faith on the 4th of February 2013. Prior to that, she had a miscarriage. Moving forward, Calvert filed for divorce in April 2015.

Finally, they got divorced on the 8th of June 2015 leaving the custody of their daughter to her.

Prior to that, she was married to Corey Simms. They were married on the 17th of October 2010. Together they have twins daughters Alannah and Aleeah.

Their marriage life was in the verse of the breaking when she cheated on him with her ex-boyfriend.

Later, on the 21st of June 2011, they were divorced leaving the custody of their children to her. In 2015, she lost custody of the children.

As of now, they share custody of the children and maintain a good relationship with each other. 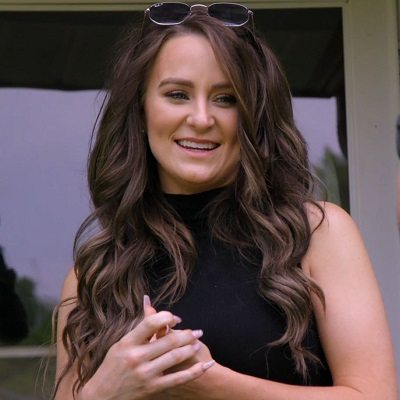 Who is Leah Messer?

American Leah Messer is a TV Personality and author. She is renowned as a cast of MTV’s series, Teen Mom 2.

She is also the author of a book like Hope, Grace, & Faith.

She was as born Leah Dawn Messer on the 24th of April 1992 in Elkview, West Virginia. Her father, Gary Lee Miller, and mother Dawn Spears are of Jewish-Germanic ethnicity.

She has two siblings including a brother, Isaac Messer, and a sister, Victoria Messer.

She shared the screen with other TV personalities like Jenelle Evans, Chelsea DeBoer, and Briana DeJesus.

Leah has been featured in the series for the 9th season till 2019. As of now, she has made her appearance in the 79th episode of the series.

Also, she has been a part of the series, 16 and Pregnant. Before making her appearance in the TV series, she was a cheerleader.

Through her career as a TV personality, she has managed to make a net worth of $50k. Her earnings through the reality TV personality are in the range of $19k to $208k.

Also, she earns royalties through her books. Apart from that, she also manages to make through her Instagram post that is in the range of 5 digits figure.

She recently opened up about her drug usage. She said that she used to purchase heroin before getting rid of it.

Recently, some online sources are claiming that the teen mom was hit with the federal tax that was worth $123,841 on the 8th of July 2019. Also, they had mentioned that the tax is still unpaid at the movement.

Fight with her Former BFF

The teen mom has been caught in an Instagram fight with her former BFF, Kailyn Lowry.

The fight first started when Kailyn took her Instagram to reveal that, her children, Aleeah, Alannah, and Adalynn were in danger. However, the post was a way of promoting her co-star.

Despite that, the post didn’t go well with Leah. Later, she posted on her Instagram account saying that she did well financially, hence she doesn’t need to make dollars with such degrading articles.

Leah Messer has blue eyes with dark brown hair. Her height is 5 feet 4 inches and weighs around 59 kg.

You may also read the bio, age, education, career, net worth, salary, controversy, and rumors of Nicolette Gray, Andrew Michael, and Kalin White.

The female strength! Leah Messer has instilled the concept of self-love in her daughters and they are all strong human beings now!