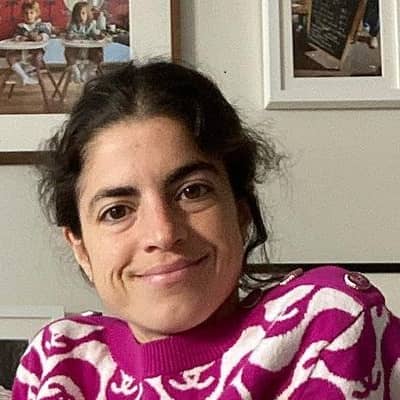 What is the relationship of Leandra Medine?

Leandra Medine is currently having happy conjugal life with his husband and daughters. Her husband Abie J. Cohen is a financial advisor at the Swiss investment bank USB.

Medine met Cohen for the first time when she was 17 years old at a Halloween party. In December 2011, the pair announced their engagement via Medine’s website. Six months later after their engagement, the couple tied the knot in June 2012.

Together the couple is proud parents of two daughters who are twin girls born on March 1, 2018. Their daughter’s names are Laura Cohen and Madeline Cohen. Currently, the couple resides in New York, at the intersection of SoHo and Chinatown with their daughters.

Who is Leandra Medine?

Leandra Medine is an American author, comedy writer, and blogger by profession.

She is the founder of Man Repeller, a website founded in 2010 as a blog about independent fashion and lifestyle.

Leandra was born in New York City on December 20, 1988. At present, he is 34 years old and her Zodiac sign is Sagittarius. She holds an American nationality and belongs to Jewish descent.

The name of her parents is Mois Medine (father) and Lyora “Laura” Medine (mother). Her father is a native of Turkey whereas her mother is from Iran. She grew up in an Orthodox Jewish household with her three brothers named Haim Medine, Mark Medine, and Henry Medine.

Talking about Medine’s academics, she completed her high school at Ramaz School in Manhattan. Likewise, she received her bachelor’s degree from the New School’s Eugene Lang College majoring in Journalism in May 2011.

Leandra started her blogging career in back 2009 and began a blog called Four Months in Paris using the hosting service Blogger. The blog consists of fashion trends, humor, feminist issues, and personal stories. She later renamed it Boogers and Bagels.

In May 2010, Medine launched the Man Repeller blog which was later featured on the fashion website Refinery29. Afterward, he began collaborating with major magazines like Lucky, Harper’s Bazaar, and so on. In 2012, she signed with the Creative Artists Agency.

Similarly, she published her book Man Repeller: Seeking Love. Finding Overalls in September 2013 through Grand Central Publishing. In 2012, she was featured in Forbes’s Top 30 under 30 as one of the year’s most influential trendsetters.

In June 2020, Medine faced diversity criticisms and discrimination allegations when she planned to change the operations of the Man Repeller. After the allegations, she announced to leave her post at Man Repeller.

But, she later announced her return and also apologized to former employees. She stated that she is grateful for the critical feedback she received which helped remind her of her mistake.

Moreover, she had suffered a miscarriage which she revealed on December 6, 2016, through her ManRepeller article.

What is the net worth of Leandra Medine?

As per other online sources of 2022, Medine has an estimated net worth of around $5 million. Furthermore, her yearly income and other assets are still under review.

What are the body measurements of Leandra Medine?