Singer Lee Ann Womack is married and a mother of two. 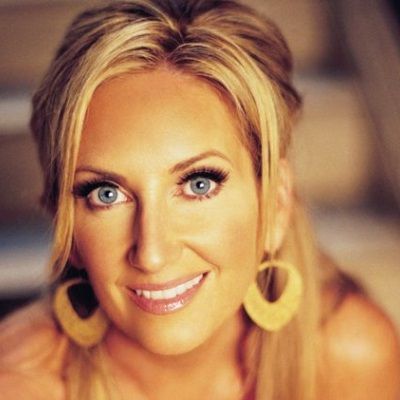 Lee Ann Womack is presently married to record-producer Frank Liddell. Together they have a daughter, Annalise Liddell who was born in 1999.

Previously she was married to singer-songwriter Jason Sellers in 1990; they divorced in 1996. Together they had a daughter named Aubries Seller born in 1991.

Who is Lee Ann Womack?

Her 2000 single, I Hope You Dance was a major crossover music hit, reaching No. 1 on the Billboard Country Chart and the Top 15 of the Billboard Hot 100, and became her signature song.

Lee Ann Womack was born on August 19, 1966, in Jacksonville, Texas, the U.S. Her mother was a  school teacher and her father was a high school Principal.

As a child, Womack also played the piano. In 1984, she graduated from Jacksonville High School, Florida, US.

After graduating, Womack attended South Plains Junior College in Levelland, Texas. The college was one of the first in the nation to offer country music degrees. She then became a member of the college band, Country Caravan.

Womack enrolled at Belmont University in Nashville, Tennessee, where she studied the commercial aspect of the music industry.

In Nashville, she interned at the A&R department of MCA Records. She stayed at the college until 1990 and left a year before graduation.

In 1995 she began playing her music in songwriting demos and at showcase concerts.

She was spotted by Tree Publishings, who recorded her composition, “I Don’t Remember Forgetting” for one of his albums.

Womack decided to pursue a career as a country music artist. She auditioned for MCA chairman, Bruce Hinton, who praised her talents.

Womack released her self-titled debut album in May 1997, produced by Mark Wright. Some of the songs are Never Again, Again, The floor,

In 1998 Womack released her second studio album, Some Thing I Know, A Little Past Little Rock, I Think Of a Reason Later, Now You See Me, You Don’t and Don’t Tell Me.

She also contributed her vocals to the songs “If You’re Ever Down in Dallas” and “The Man Who Made Mama Cry” in collaboration with her ex-husband and musician, Jason Sellers.

-Something Worth Leaving Behind, 2002

Womack and John Legend appear in the 2014 series CMT Crossroads and also with Rachel Platten in 2016 on Greatest Hits.

Womack appears in the movies Tom Sayer as Becky Thatcher’s singing voice in 2000.

Womack’s net worth is $2 m US. Her earnings as a country singer are $45k US and above.