Lee Brice is an American music singer and songwriter, signed to Curb Records. He is married and a father of three kids.

Lee Brice is in a marital relationship with his longtime girlfriend Sara Nanette Reeveley.

The couple tied the knot in April 2013. They welcome their first son Takoda Brice Reeveley in 2008. 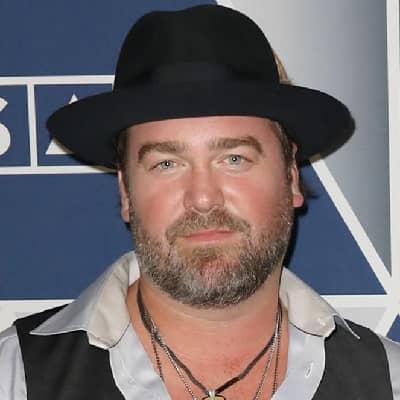 Who is Lee Brice?

Lee Brice is an American music singer and songwriter, signed to Curb Records. He is popular for his songs such as Love Like Crazy, Hard to Love, I Don’t Dance, and Lee Brice.

The singer was born on 10th June 1979 in Sumter, South Carolina. His birth name is Kenneth Mobley Brice Jr. He holds an American nationality and is of mixed (French, English, and Scottish) ethnic groups.

He was brought up by his father Kenneth Brice Sr and his mother Carleen Brice. Lee also has a brother named Lewis Brice. Lewis has also appeared as a contestant on the first Season of Country Music Television’s Can You Duet.

The singer was interested in playing the piano and guitar from a young age. He used to sang in church, and wrote his own songs. Furthermore, he also won three different talent contests in high school.

Lee used to play as the long snapper in his college days. He has an arm injury from which he stopped playing sports and started his country music career.

He has his education from Clemson University on a football scholarship.

From the year 2007, Brice started working as a songwriter. He co-wrote Garth Brooks’s 2007 single “More Than a Memory” working along with Billy Montana and Kyle Jacobs.

It was the first single in the history of the Billboard Hot Country Songs chart debuting at number one.

The same year Brice was signed to Curb Records. Then he released his debut single “She Ain’t Right”, which peaked at number 29 on the country chart.

Followingly, his other songs, “Happy Endings” and “Upper Middle-Class White Trash” respectively charted at numbers 32 and 44.

He also appeared on Cledus T. Judd’s 2007 album Boogity. Likely, his fourth single “Love Like Crazy” was released in August 2009.

In July 2010 the song reached the top 10 on the Hot Country Songs chart and was charted for a fifty-sixth week in September 2010 making it the longest-charting song in the chart’s history. It was able to break a record set by Eddy Arnold.

Likely, his second album’s single  “Beautiful Every Time” was also at the number 30. In the year 2010, Brice co-wrote labelmate Tim McGraw’s single “Still”.  Similarly,  his sixth single, “A Woman Like You”, was released in late 2011. Likely, in early 2014, he released the single “I Don’t Dance”.

n April 2020, Brice released the single, “One of Them Girls“, as the lead-off single to his fifth studio album, Hey World. In October 2020, the song became Brice’s longest-lasting number one to date on Billboard Country Airplay chart.

This singer has maintained a good profile making his personal and professional life and his name hasn’t been in any type of rumors or controversies.

Just on November 8, 2020, Brice announced that he tested positive for COVID-19. And so he wouldn’t be performing with Carly Pearce at CMA Awards

Furthermore, he has his own YouTube channel with 592K subscribers. He has around 3.7K followers on his TikTok account.

You may also read the bio of Emmy Perry, Jennifer Bassey, Little Kelly, and Nikka Far.