Lee Byung-hun is a South Korean actor and singer. Lee Byung-Hun is currently married to Lee Min-Jung and the father of one kid.

Lee Byung-Hun is currently married to Lee Min-Jung. The lovely couple has been married for 8 years. They exchanged wedding vows on 10th August 2013.

He and his wife gave birth to a child in 2015. Their son’s name is Lee Joon-hoo.

Lee Byung-Jung was previously in a relationship with Song Hye-Kyo. Song and Byung started dating in 2003 and decided to get separated in 2004.

Byung has not been in any other romantic relationship. 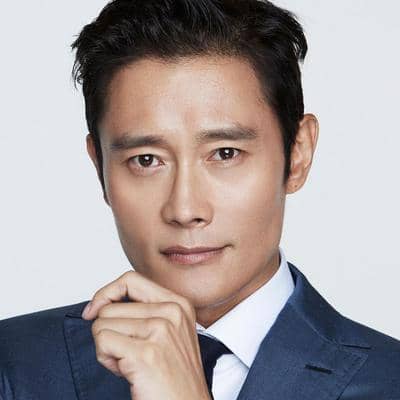 Who is Lee Byung-hun?

Lee Byung-hun was born on July 12, 1970. He was born and raised in Seongnam, South Korea to Lee Jong-Kun (father) and Park Jae-soon (mother). He also has a younger sister, Lee Eun-hee. Lee was Miss Korea in ’96.

As per his academics, he graduated from Hanyang University and has Asian ancestry.

Byung grew up in a wealthy family, thanks to his father, who was a successful businessman. He never dreamed of pursuing acting until a friend of his mother’s suggested it.

He auditioned for the KBS television network in 1991 for the television drama, Asphalt My Hometown and was accepted.

Byung began his acting career in 1991 after auditioning for KBS television and making his debut in the television drama series, Asphalt My Hometown.

Throughout the 90s, he continued to grind as an actor and made a name for himself in the Korean film industry. Byung drew attention with the romantic film The Harmonium in My Memory and the action drama Asphalt Man.

In early 2000, Byung’s popularity continued to rise when he starred in melodrama Beautiful Days, All In, and Bungee Jumping of Their Own. Eventually, Byung’s popularity started to grow across Asia, particularly Japan. From 2005, he focused on films. He starred in films like A Bittersweet Life, The Good the Bad the Weird, Hero, and Once in a Summer.

Byung’s popularity started to grow worldwide. This led to his debut in Hollywood with the movie G.I. Joe: The Rise of Cobra where he played Storm Shadow starring alongside Channing Tatum and Sienna Miller. He also starred in G.I. Joe: Retaliation.

Byung is a critically acclaimed actor and has a large fan base. Recently he has raised even more in popularity for his role in the Netflix Original, Squid Game (2021).

Some of his works:

He is currently working on two projects; Concrete Utopia and The Match. The released date of both movies is yet to be announced.

Byung is a very talented and hard-working person. Throughout his professional career, he has won many awards. According to IMDb, he has won 37 awards and 31 nominations. He won his first award in 1996. He won Grand Bell Award for the category “Best New Actor” for his performance in Run Away.

Some of the awards he has won:

Byung’s net worth is estimated to be around $20 million USD. He is one of the highest-paid actors in South Korea. Byung was paid around 150 million KRW (136,886 USD) per episode for Mr. Sunshine.

Byung is 5feet 8inches tall and weighs around 71 kg. Byung has black hair and a pair of dark brown eyes.