Lee Daniels is an unmarried man. He is openly gay. Previously, he was in a relationship with casting director Billy Hopkins. The duo also adopted Daniels’ biological niece and nephew, Clara and Liam.

However, their relationship couldn’t stand for too long and then they broke up. Soon after that, Lee started dating producer Andy Sforzini and in 2010 they separated.

After breaking up with Andy, this director began going out with Jahil Fisher since 2011. This couple is still together and spending quality time together. 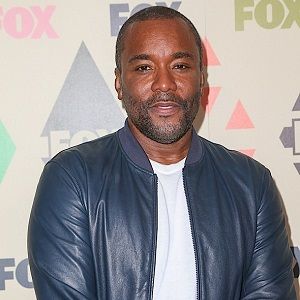 When you have a lot of siblings, you always do something to feel special

I'm always more comfortable and in a good place when I'm with friends because I know they trust me. I'm able to get great performances from people who trust me

Who is Lee Daniels?

Lee Daniels is an American director and producer. As of now, he has produced Monster’s Ball and also directed Precious which gained six Academy Award nominations.

Furthermore, his notable works also include The Butler followed by the 2016 television series Empire and Star and Precious.

Lee was born on December 24, 1959, in Philadelphia, Pennsylvania. He is the son of  Clara Watson (mother) and William L. Daniels (father).

Moreover, he has one sister, who is a casting director, and four younger brothers. His ethnicity is All-American.

Concerning his education, the Oscar-nominated director attended Radnor High School in 1978. Later, he completed his graduation from Lindenwood University in St. Charles, Missouri.

Lee Daniels began his career with the 2001 blockbuster movie Monster’s Ball. In his very first production, the movie’s actress Halle Berry won the Oscar for Best Actress. Furthermore, the film also got the nomination for Best Original Screenplay.

In the 2013 film, Butler collected $100 million in the United States on a budget of $30 million. Currently, Lee is in the production of a biopic of Richard Pryor starring Mike Epps and Oprah Winfrey.

Being a famous film director and producer, Lee earns a handsome amount of money from his profession. As per 2022’s data, he has a net worth of $25 million.

This director also has his own production house Lee Daniels Entertainment.

Back in 2016, Lee spoke about the #OscarsSoWhite controversy, saying that people need to “stop complaining”. For the people who said that all-white nominees are a clear sign of hollywo0d industry racism, Lee stated, “Go out and do the work. Oscars are so white! So what? Do your work. Let your legacy speak and stop complaining, man. Are we really in this for the awards?”

Once, Mo’Nique criticized Lee Daniels telling them that she was blocked from roles after winning the Academy Award for Best Supporting Actress for her work in Precious. In 2015, he was sued by Sean Penn in a $10 million defamation lawsuit after a controversy in which he stated that “Terrence hasn’t done anything that Sean Penn hasn’t done” after calling Terrence Howard ‘a poor boy’.

He regularly posts photos and videos on his social accounts. Currently, he has more than 760k followers and 169.7 k followers on Twitter.

This director also has his own