Lee Ingleby is a British stage, film, and television actor.

In an interview given to TV times in April 2017, Lee Ingleby stated that he had a girlfriend but he has not revealed her name. And they also don’t have any children together. Some websites state that he’s married and also his twitter account says the same.

Currently, he seems to be married and has proudly stated that he is a husband in his Twitter bio. 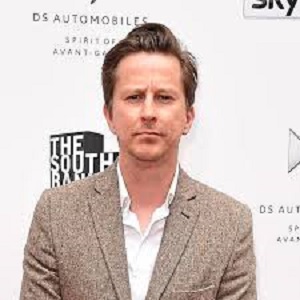 I love everything about the period”, he explained to the Lancashire Telegraph. "I love my costumes and, given the chance, I'd buy all of my suits and shoes… my body shape lends itself to the '60s dress sense. I'd love to have lived back then!”

Who is Lee Ingleby?

Lee Ingleby is a British stage, film, and television actor. He is best known for his role as a Detective in BBC Drama.

Lee came into the glare of publicity after acting in the film Harry Potter and the Prisoner of Azkaban. At present is involved in performing dramas.

Lee Ingleby was born on  January 28, 1976. He was born to Gordon Ingleby and Susan M. Hoggarth in Burnley, Lancashire, England. His birth name is Lee David Ingleby.

Lee was fostered in the outskirts of Brierfield. Lee’s nationality is British and he belongs to the English ethnicity. Any information about Lee’s family or childhood is not divulged.

Lee went to Edge End High School near Brierfield. Then he went to Accrington and Rossendale College for further studies.

After completing his studies at Accrington and Rossendale College then he went to LAMDA (London Academy of Music and Dramatic Art) in London. Lee had started showing interest in the drama which was invigorated by his drama teacher.

After graduating from LAMDA, Lee Ingleby’s first role of his career as a young leader in the BBC miniseries; Nature Boy alongside Paul McGann. He also made many appearances on television in shows like Hustle, Clocking Off, No Angels, Jonathan Creek, and The Bill.

One of the major roles of his career was Stan Shunpike in the film, Harry Potter and the Prisoner of Azkaban which brought him to the limelight. He was also cast with famous actors like  Emma Watson, Daniel Radcliffe, Rupert Grint, Gary Oldman, Alan Rickman, Michael Gambon, David Thewlis, and Tom Felton.

In 2011, Ingleby appeared in the television series Being Human as Edgar Wyndham. In 2013 he gave his voice to the role of Phillip De Nicholas, the Sheriff of Nottingham.  He played the very creepy Leslie in Quirke (a British tv series) in 2014.

In 2016 he appeared as Paul Huges in the BBC drama miniseries; The A Word. His character in Line Of Duty is also very appreciated.

Apparently, Lee’s net worth is around $1 million as of 2022. He has earned this net worth with his acting career.

It is supposed that Lee has been taking drugs to rejuvenate himself. There were some rumors about Lee’s bad health as he’s crossed fifty.

Lee Ingleby has a startling height of 1.7 meters (5 feet 10 inches). Lee’s weight and other body measurements are still unknown. Lee’s hair color is brown and he has dark brown eyes.

Lee has been active on Twitter since July 2009 and has about 19.1 thousand followers. He also has an Instagram with about 2.4k followers but he is not active on Facebook.