Lee Jae Wook is an actor who did the role of Lee Gae-tae in The Battle of Jangsari. 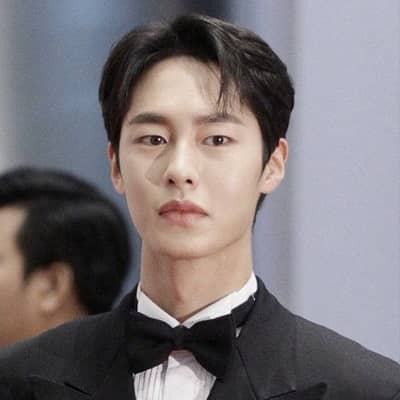 Lee Jae Wook has been secretive when it comes to his personal life.

The actor has never talked anything officially about his relationship. Lee is single at the moment.

He is rumored to be dating Lee Da Hee. But there is no evidence about their relationship and it just seems to be a rumor.

Who is Lee Jae Wook?

Lee Jae Wook is a South Korean actor. He is popular for starring as Lee Gae-tae in The Battle of Jangsari, Lee Jang-woo in When the Weather Is Fine, Marco Han in Memories of the Alhambra, and many others.

Lee Jae Wook was born on May 10, 1998, in Seoul, South Korea. He holds South Korean nationality and is of Asian descent.

Despite being a popular actor, he hasn’t disclosed any information regarding his parents and childhood. He has an elder sister.

Lee debuted into acting playing the role of a hacker-programmer Marco Han in the 2018 drama Memories of the Alhambra.

The next year, he also worked in the film The Battle of Jangsari or Jangsari: Forgotten Heroes. He also plays a small screen in the role of Seol Ji-hwan in the 2019 k-drama Search: WWW and as Baek Kyung in Extraordinary You in 2019,

After that, in November 2020, he worked for the movie, The Battle of Jangsari. His character in Search: WWW earned him great popularity. Likely, he is also popular for Extraordinary You.

Similarly, Lee appeared as Lee Jang-woo in the 2020 k-drama When the Weather Is Fine. Talking about his recent works, he bagged his first lead role as Sunwoo Joon in a drama Do Do Sol Sol La La Sol.

In a short span, Lee has established himself as a good actor in the Korean film industry. He has earned a net worth of around $400 thousand (478036000 KRW)  from his professional acting career.

The actor hasn’t been part of any such controversies in the media.

Although, Lee has been romantically linked with Lee Da Hee. They have together worked in the series Search: WWW.

Dating speculation was spread after they shared pictures of one another on their respective Instagram.

He has black-colored hair with beautiful dark brown eyes.

You may also read the bio of  Bae Suzy, Kim Bum, Joo Jin-mo, and Choi Jin-hyuk.