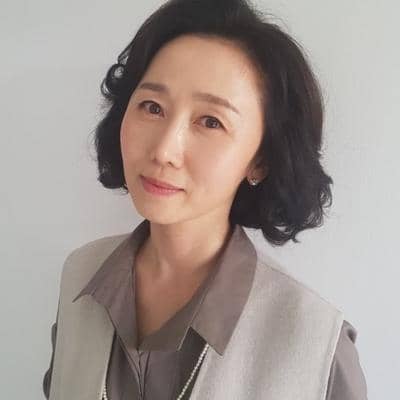 Lee Ji-Ha is a South Korean actor and model. She is known for her roles in dramas such as Sweet Home, The Smile Has Left Your Eyes, and My Unfamiliar Family.

Lee Ji-Ha was born on 7th October 1970 in Korea with Asian ancestry. In Korean, her name is written as 이지하.

Lee has not revealed the information of her father, mother, and siblings.

She graduated from Kyungsung University, where she majored in the Department of Theater.

Lee Ji-Ha is a South Korean actress and model. She began her acting career in 2010 when she starred in “Finding Mr. Destiny”. She did not play a big part but it was the start of a big journey.

Her most noticeable work came in 2018 as she starred in popular Korean drama, The Smile Has Left Your Eyes as Nun Lucy. Recently, she has come into the spotlight for her work in Squid Game (2021).

Even though Lee Ji-Ha is a very talented and hard-working person, she has not won or got nominated for any of her work.

Lee has not revealed her net worth and salary. But we can assume, she has accumulated a decent amount of fortune throughout her profession as a model and actress.

Lee Ji-Ha is 5feet 6inches tall and her body weight is 60kg. Lee has a beautiful pair of brown eyes and black hair. She has got a slim body.