Lee Jung-Jae is a South Korean actor as well as a model. Previously, Lee was romancing actress Kim Min-Hee. 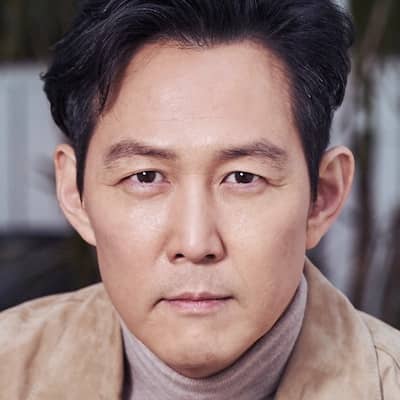 Lee Jung-Jae at the present time is in a relationship. He is dating a girl named Lim Se-Ryung.

His girlfriend is an heiress of the Korean food giant Daesang Group. This lovely couple started to date each other in 2015 and are still together.

Previously, Lee was romancing actress Kim Min-Hee. They started their affair in 2000 but he only made it public after two years.

However, Kim broke up in the year 2006 due to which he became heartbroken. Further, prior to Kim, he dated another girl for almost 08 years.

Who is Lee Jung-Jae?

Recently, he made heads turn by appearing as one of the leads in the series Squid Game.

His birthdate is 15 Dec 1972 and he was born in Seoul, South Korea. The name of his mother is under the curtain and his father is Lee Chul-Seong.

Further, Lee’s ancestry is Asian, and as per his academics, he studied master’s degree at Dongguk University (1999-2004). He majored in theatre and film subjects.

Lee Jung-Jae started his acting journey in the year 1991 and is still active. His first project was a film titled Love is Oh Yeah! (1993).

His other movies are,

But his fame increased after he appeared in a drama TV show, Squid Game in 2021. In this, he played the character named Seong Gi-hun that was loved by the viewers.

Some of his other shows are,

By the sources of 2021, he has an estimated net worth of around $2 million. But his annual salary is under the rug.

Further, he owns a chain of Italian restaurants named Il Mare. He along with another actor Jung Woo-Sung is the owner of the company Seorim C&D.

They also have several businesses under their name. In 2016, their firm Artist Company was built.

This actor/model is keeping himself away from scandals as well as rumors. But he was arrested for driving under the influence two times, in 1999 and then in 2002.

Lee Jung-Jae’s height is 5 ft 10 inches and his body weight is of average shape. In addition, he has dark brown eyes and has hair in black color.