Lee Mack is a Prominent actor as well as a comedian. He is married to Tara McKillop and the couple are blessed with three children. 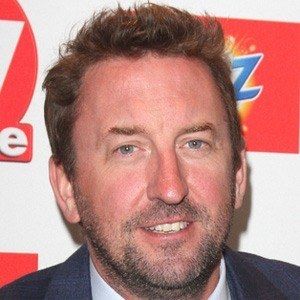 “I’m in a relationship at the moment…sorry girls…it’s going to have to be your place.”

The prominent comedian Lee Mack is a married person. He had married Tara McKillop in the year 2005. The couples had a romantic and happy life together.

They were blessed with three children i.e, Arlo McKillopو Louie McKillop as well as Millie McKillop.

Since their marriage, they have maintained a perfect relationship with them and have never been involved in any disputes. Furthermore, they have been also spotted together along with their children on social media.

Talking about his past relationship, he has never been involved in any relationship stuff as well as any affairs.

Currently, they are enjoying their married life and living elegantly along with their children.

Who is Lee Mack?

Lee Mack is a prominent actor as well as a comedian.

He is notable for being a team captain on the BBC One comedy panel show Would I Lie to You?, hosting the Sky1 panel show Duck Quacks Don’t Echo, and presenting the show They Think It’s All Over.

He had appeared as a guest host on Have I Got News for You and Never Mind the Buzzcocks, guest captain on 8 Out of 10 Cats Does Countdown and a guest panelist on QI.

Lee Mack was born on 4th August 1968 in  Southport, Lancashire. When he had turned 12, his parents got separated and then he had shifted to Blackburn.

Furthermore, he hasn’t published his father and mother’s details on social sites. His nationality is British and his ethnicity is English.

While moving towards his education, he had studied in Birkdale Primary Junior School (Bury Road), Stanley High School in Southport, and Everton High School in Blackburn.

Then he had joined Brunel University from which he learned Television and Drama. Likewise, he had been a comedian within 18 months.

The prominent actor Lee Mack started his career in the year 1995. This year he had played the part of Graham, the security guard in the original radio version of The Mighty Boosh as well as has his own radio show on BBC Radio 2 called The Lee Mack Show. The show featured varying celebrities co-hosting the show.

He had presented  They Think It’s All Over, a sports-based comedy panel game in 2005, and appeared on TV Heaven, Telly Hell in 2007.

Likewise, he had appeared on the panel on an episode of Let’s Dance for Comic Relief with Arlene Phillips and Greg James in 2013. He had also presented Duck Quacks Don’t Echo which is a comedy-based panel show for Sky1 in 2014.

Moving towards his live tours, he had a tour in 2006 and filmed his first live DVD at the Bloomsbury Theatre. As well as in 2010, he had performed at the Royal Variety Performance. Additionally, he has earned over $8 million.

In his career, he has been honored by many of the awards.

Lee Mack had claimed that women are not cut out for the comedy circuit because they do not show off enough, which is why blokes dominate telly panel shows.

This made the controversial comments when he appeared on Radio 4’s Desert Island Discs yesterday.

Moving towards his body measurements, he has a pair of attractive blue eyes, brown hair, and a height of 6 feet, and weighs 79 kg.

Apart from that, there is not any information regarding his weight and other body measurements

He has Guinness World Record for the most darts number twos in one minute.

Where does Lee Mack come from?

He was born in Southport, United Kingdom.

Is Lee Mack his real name?

Married life of the comedian, Lee Mack. Know more about his net worth, Lifestyle…

Who is Synndy Synn? Know about her married life with Brodie Lee, death of Brodie, Instagram, biography