Lee Minho is a South Korean actor, model, and singer. Lee is currently not dating anyone. Previously, he had an affair with Suzy Bae. 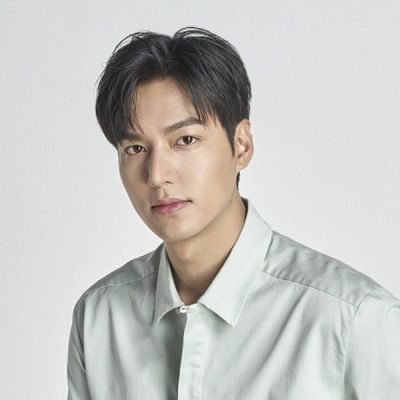 Those who give up cannot gain victory.” It’s not victory that is so important, but the fighting spirit. Even if you fail, I think even just the attitude of not giving up is beautiful in itself

What’s so hard about love? You simply grab the other’s hand and refuse to let go

One who wants to wear the crown, bears the crown.

Lee Minho’s relationship status is currently single. He has not shared the details of his affair or girlfriend.

Recently, the news of him dating Yeonwoo has surfaced in the media. But his agency, MYM Entertainment said all of this is fake.

They further added these two are only acquaintances and nothing else.

Lee is satrted romancing Suzy Bae since early 2015. After being in a relationship for a year, Lee and Suzy wore matching rings in March 2016.

They even celebrated their second anniversary.

Due to their busy schedule, the couple started having differences and on 16 November 2017, the news of their separation was all over the headlines.

Previously, he had an affair with Park Min Young for five months. Park was his co-star in City Hunter. Lee was in a relationship with a South Korean actress, Park Shin Hye.

Who is Lee Min-ho?

Lee Min-ho is a South Korean actor as well as a singer. He gained widespread fame in Korea and some parts of Asia with his role as Gu Jun-Pyo in Boys Over Flowers in 2009.

His father was a soft parent whereas his mother was a strict one. He has an older sister, Lee Yun Jeong who is the CEO of MYM Entertainment.

Lee’s mom shared that he was 3.2kg at the time of birth which was below average. He was interested in playing football in his childhood but later he became an actor.

When he was a couple of years old, he loved to eat cola-flavored ice cream instead of normal baby food.

Later from Konkuk University, he majored in Film & Art.

Lee Min-ho started his career by auditioning and landed minor roles in several television dramas such as Nonstop 5 and Recipe of Love.

In 2007, Lee received his first leading role in the high-school drama Mackerel Run, but the series was reduced to only eight episodes due to low viewership ratings.

He has appeared in various roles on television dramas Get Up and I Am Sam and two movies, Public Enemy Returns and Our School’s E.T. During the shooting of the latter in 2008.

In 2009, Lee’s breakthrough came with the lead role of Gu Jun-Pyo in KBS’s Boys Over Flowers.

Lee Min-ho starred in the romantic comedy Personal Taste, in which he played an ambitious perfectionist young architect in 2010. He played the titular character in the action drama City Hunter, which was loosely based on Tsukasa Hojo’s popular manga in 2011.

He starred in the historical medical drama, Faith with Kim Hee-sun in 2012. But the drama garnered viewership ratings around the 10% range, it was declared a flop due to its high budget.

In October 2014, Lee subsequently recorded and released his second EP Song for You under Universal Music.

He starred in the action-comedy Bounty Hunters in 2016. The movie topped the box office charts on its release date and went on to gross US$29 million in China.

Lee Min-ho has received the 45th Baeksang Arts Awards for Best New Actor (TV) for the Boys Over Flowers and MTN Broadcast Advertisement Festival for Most Popular Advertisement Model for Truyen Commercial in 2009.

Furthermore, he has received  National Brand Awards in 2017 for Grand Prize.

Lee’s wax figure was unveiled at the Madame Tussauds in Shanghai in April 2013. Lee became the first Korean celebrity to perform at China’s CCTV Lunar New Year gala on Jan 30, 2014.

He receives a salary of $58,700 per episode. His estimated net worth is about $12 million which he earns from his profession.

Lee’s onscreen kiss with Park Shin Hye created controversy after he said in an interview that he regrets kissing her.

Lee has raven-black hair and dark brown eyes. Besides, he is 6 feet 1 inch tall and weighs 68 kg.