Last, in 2015, he was dating the Irish actress, Laura Donnelly. However, the relationship lasted for only one year and ended in 2016.

Before that, he was in a relationship with Carter Smith. His Ex-girlfriend, Carter is a photographer by profession. They broke up in 2015, ending their 4 years of relationship.

The actor shares an equal love for both males and females. In 2005, he was dating Jason Moore that lasted for a single year only and ended in 2006.

Prior to that, he was dating the actor, James Calleri. 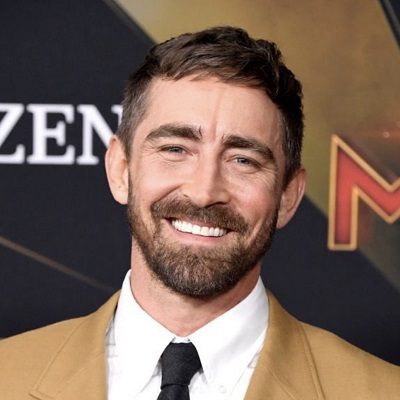 I grew up in the Middle East. My folks have a very thick, kind of Oklahoma accent

that's where I was born. But we moved to the Middle East right after I was born, so I guess we were surrounded by English people and French people

I had a fantastic time working on 'Twilight.' I loved our director Bill Condon. He was an absolute pleasure to work with

I think Peter Jackson and Philippa Boyens have very carefully plotted 'The Hobbit' out so that it does feel like the starting point for 'The Lord of the Rings.'

Who is Lee Pace?

Lee Pace is a DFCS Award-winning actor. He is renowned as Ronan of the Guardians of the Galaxy.

Currently, he is filming for the TV series, Foundation. Last, in 2019, he featured the movie, Captain Marvel.

He was born as Lee Grinner Pace on the 25th of March 1979 in Chickasha, Oklahoma, U.S. Lee has mixed ancestry of German, English, Scottish, and Welsh.

His father, James Roy Pace is an engineer, and his mother, Charlotte Pace – Kloeckler.

He has two siblings that include his sister, Sally, and his younger brother William Pace. They spent their childhood in Saudi Arabia.

There, his father worked in the oil industry. Later, his family moved to Houston, Texas.

He graduated from Klein High School in Spring, Texas. At the time, he took a small break from High School to act at Houston’s Alley Theatre.

Later, he joined the Juilliard School in New York. From the school, he earned a Bachelor’s degree in Fine Arts.

– After graduating from school, Lee Pace pursued his career as a theater actor for off-Broadway plays. In the theatre, he debuted with the play The Normal Heart as Bruce Niles.

– During the days of off-Broadway plays, he acted in the plays including TheCredeaux Canvas and The Fourth Sister.

– In 2018, he portrayed the character of Joe Pitt in Angels in America at the National Theatre in London.

– Along with the theater, Lee is also active in the TV series. In 2002, he debuted on TV with the series, Law & Order as Benjamin Tucker.

– In 2005, he debuted in the movies with the movie, The White Countess as Crane.

– In the following year, he appeared in the movies Infamous, The Fall, and The Good Shepherd. The year turned out to be a milestone in his movies’ career.

– Last, in 2019, he contributed his voice for the character Keisuke Sugain Japanese animated film, Weathering with You.

The topics of Lee’s sexuality became a public interest while he was discovered as gay by the actor Lan McKellen when they were working in the movie, The Hobbit. However, he never addressed the topics at the time.

The topics created a huge buzz in 2018 during an interview with W magazine. Being Flustered in the interview, he revealed that he has dated guys and women too.

Later, he tweeted that his privacy is important to him so he protects it. That twitter earned the support of thousands of his fans and followers.

Lee Pace has brown eyes with light brown hair. His height is 6 feet and 5 inches and weighs around 80 kg.

You may also read about Emily VanCamp, James Gunn, and Marama Corlett.

Is Lee Pace in a relationship?

At the present time, he is possibly single.

Why is Lee Pace popular?

He is mostly known for his role as Ronan.

His net worth is $5 million.
Alessandro Nivola
Tags : American Actor DFCS Award Guardians of the Galaxy