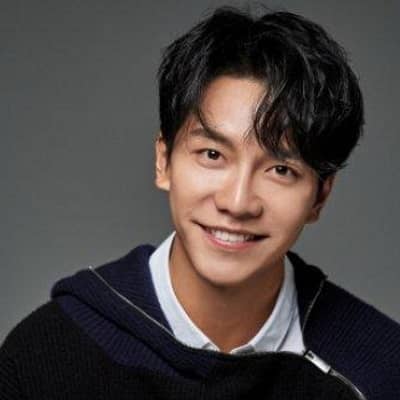 Lee Seung-gi is currently in a relationship with South Korean actress Lee Da-in. The two have been together since the end of 2020, but fans only came to know of their romantic relationship recently after Da-in’s agency confirmed it in May 2021. The couple got closer due to their common passion for acting and golf.

In the past, Lee was in a relationship with singer and actress Im Yoon-ah popularly known as Yoona. The Girls’ Generation member and Lee started dating in 2013 and confirmed their relationship in 2014. But despite their mutual love for each other, their busy schedules made it difficult for the relationship to work out. So, in 2015 the couple broke up on good terms with one another and they are good friends even today.

Who is Lee Seung-gi?

Lee Seung-gi is a popular South Korean singer, actor, host, and entertainer. He is well known for his successful singing career and also due to his roles in popular TV series such as Vagabond, A Korean Odyssey, and Mouse.

Lee Seung-gi was born on the 13th of January, 1987 in Dobong-gu, Seoul, South Korea. As of now, his age is 34. His nationality is South Korean and his ethnicity is Asian. Seung-gi is also fluent in Korean, Japanese, and English.

Lee has not shared much about his parents as of now. But it has been widely documented that Seung-gi comes from a rich business family. Moreover, Lee himself has stated that he did not share a warm relationship with his parents growing up. The band Maroon 5 was really popular in South Korea during Lee’s childhood and Lee was inspired to pursue music thanks to the band.

Lee was also really serious when it came to his studies. Although his career in music had already taken off by the time he graduated high school, Lee still pursued higher education. As such, Lee attended and graduated from Dongguk University in 2009 with a degree in international trade and commerce. He also pursued a Master’s degree and obtained two master’s degrees in marketing and trade theory and in finance and cultural contents.

When he was still in his teens, Lee’s talents caught the attention of popular Korean singer Lee Sun-hee, who trained him in singing and performing for 2 years before his debut. Lee debuted on the 5th of June, 2004 with his first album The Dream of a Moth. The debut song from the album Because You’re My Girl was popular all across South Korea and earned him several musical awards. His later albums Crazy For U, Story of Separation, and Shadow were also all massive hits in South Korea. Lee’s 2009 single Will You Marry Me also found a lot of success and earned him several awards.

After many musical accomplishments in South Korea, Lee set his sights on the international market by releasing a Japanese album titled Time for Love in 2012. The album was an instant hit and dominated charts in Japan, earning the no 1 spot in the Oricon Daily Chart. In the same year, he also released an EP Forest in South Korea. He took a break of over 2 years after this and came back in 2015 with his sixth album. Seung-gi was enlisted for mandatory military service in the next year. After his return, Lee released his seventh album The Project in December of 2020.

Lee started his acting career in 2005 through a guest performance in a popular sitcom titled Nonstop 5. Later in 2009, Lee played the male lead in the weekend drama Brilliant Legacy. The show was really popular throughout Korea and really boosted his popularity in the acting industry as well. Lee continued his acting career with 2010’s fantasy drama My Girlfriend is a Nine-Tailed Fox, which also found a lot of success. More recently, Lee portrayed Soh Oh-gong in A Korean Odyssey, Cha Dal-gun in Vagabond, and Jung Ba-reum in 2021’s Mouse.

Lee is well known as a host for several popular shows as well. His roles in reality-variety shows such as 1 Night 2 Days and Happy Sunday made him a household name in South Korea. He won several awards as just the host of several shows such as the talk show Strong Heart, Master in the House, and 1 Night 2 days.

Lee has won a large number of awards and has earned many more nominations thanks to his successful acting and singing career. Some of the major awards won by Lee include 2 Digital Single Bonsang Awards at the 2009 and 2010 Golden Disc Awards and the beast Ballad Award in 2020’s Golden Disc Awards. He also won the Singer of the Year Award in the 1st and 2nd Gaon Chart K-Pop Awards. In the acting department, Lee won the People’s Choice Popular Actor in 2010’s Seoul International Drama Awards and a great number of Top Excellence Awards throughout his career.

As of now, Lee Seung-gi’s net worth is estimated to be approximately 4.5 million U.S. dollars. He has not revealed any information regarding his annual salary as of now.

The reports are that their fans protested after Lee Seung-gi and Lee Da-in opened their affair. They have also come to the streets as they don’t wasn’t Lee to date her. Also, rumors were that he is getting married to her.

Lee Seung-gi stands at a height of 6 feet and his weight is roughly 70 kilograms. He is blessed with really good looks and has a slim and athletic physique. His eyes are dark brown and his hair is black in color.

Get to know more about the lives of Soth Korean personalities Kim Ji-soo and Jimin as well.