Updated On February 7, 2023 | Published By: Gracie Hale
Share this
Married 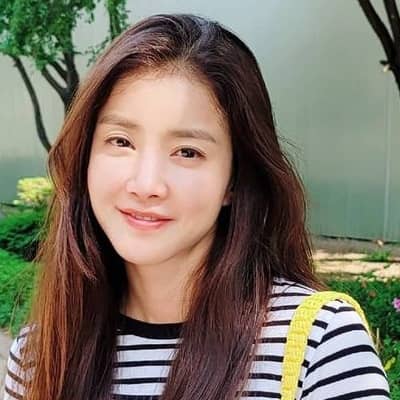 Lee Si Young's Married Life! Who is her husband?

Lee Si Young is a married woman and a mother of a child.

Her husband’s name is Jo Seung Hyun, a businessman who works in the restaurant industry, at a hotel in Seoul.

The couple met through their mutual friend and began dating in August 2016.

Their wedding was held on September 30, 2017, in an intimate ceremony.

On January 8, 2018, Lee’s agency confirmed the news and revealed that she gave birth to a baby boy named Jo Jung-Yoon.

Previously, Lee dated her on-screen husband, Jun Jin, from the reality show, ‘We Got Married’.

The duo dated for six months before parting ways.

Who is Lee Si Young?

Lee Si Young is a former amateur boxer and an actress from South Korea.

She rose to popularity after appearing in the show Becoming a Billionaire.

Young is best known for her role as “Choi Bo-na” in the romantic comedy film How to Use Guys with Secret Tips.

Lee was born on April 17, 1982, as Lee-Eun-rae. She hails from Cheongwon Country, North Chungcheong Province. At the age of nine, her family moved to Seoul.

The name of her father is Lee Geun-soo whereas the identity of her mother is unknown.

Talking about her academic background, she attended Dongduk Women’s University and majored in Fashion Design.

She holds dual citizenship in India and South Korea. Her ethnicity is Asian.

In 2008, Lee made her acting debut through the procedural drama ‘Urban Legends Deja Vu’.

The same year, she appeared in a historical drama, The Kingdom of the Winds where she portrayed the role of Yeon-Hwa.

The following year, she began to gain attention after casting in the highly popular series Boys Over Flowers as Oh Min-Ji.

Her debut film was Five Senses of Eros where she portrayed the role of Jung Se-Eun.

She appeared as the mistress of a married man in the surrogacy melodrama Loving You a Thousand Times.

Recently, she was featured on the KBS Joy show, Celebeauty Season 3.

Young has made several contributions to her film soundtracks. In 2009, she featured in one track on Jun Jin’s EP Fascination.

A year after, she has sung two tracks on Honey Family’s fifth album Resurrection.

She featured in an MBC Music reality show, Music and Lyrics along with Jay Park.

Together, they composed a song titled Polaris recorded by the girl group Tiny-G.

Apart from acting and music, Lee was an amateur boxer. In early 2010, she initially took up boxing to prepare for her role as a female boxer in a TV drama for MBC.

While preparing for the 2016 Summer Olympics in Rio de Janeiro, Brazil she had injuries that led her to retire from the sport in September 2015.

Throughout her career, Lee has won numerous awards for her boxing skills and acting. Some of them are,

In July 2015, the reporter allegedly spread false rumors that Lee has appeared in a sex video.

In addition, the rumors claim that J. Wide Company agency was using the tape to blackmail her and she attempted suicide.

Both Lee and the agency denied the rumors and filed a cyber defamation lawsuit against a reporter.

Later, Seoul Central Prosecutors Office issues an arrest warrant for the reporter with seven years of prison and a fine of $50,000.

Lee hasn’t yet disclosed her actual salary and other earnings in the media.

She might have accumulated an impressive amount of wealth throughout her successful career.

Lee has a well-maintained body physique with an impressive height.

Likewise, she has black pair of eyes and brown hair color.

The actress is quite active on social media sites. She has a verified Instagram account where she has more than 2.6m followers.

Lee has a verified Tiktok account with over 15.8m followers.

Similarly, she has a self-titled YouTube channel with more than 94.2k followers.

Who is Lee Si Young's husband?