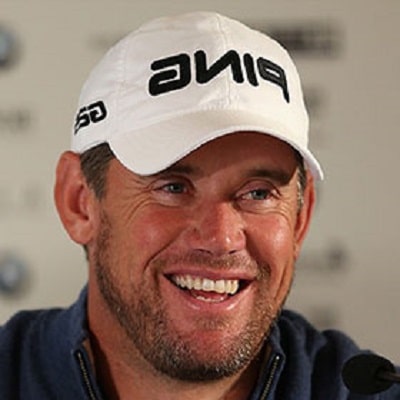 The satisfaction you get when you finally beat your dad is amazing, that rush of adrenaline

My dad said: ’It looks like you’ll be world No.1 in a few hours and I wanted to be the first to say congratulations.’

Lee Westwood is currently in a relationship. He is currently dating Helen Storey since 2015. The pair announced their engagement via social media on February 17, 2019.

Previously, he was married to his longtime girlfriend Laurae Coltar in January 1999. The couple welcomed a son named Samuel Bevan Westwood on April 12, 2001, and a daughter named Poppy Grace Westwood after a few years. The couple could not hold the relationship and divorced in 2015 after cheating allegations from Coltart.

Who is Lee Westwood?

Lee Westwood is a British golfer who has won tournaments on five continents – Europe, North America, Asia, Africa, and Oceania including European Tour and the PGA Tour.

He became the World’s number one golfer, displacing Tiger Woods in October 2010.

He was born on 24 April 1973 in Worksop, Nottinghamshire, England. His birth name is Lee John Westwood. He was born to his father John Westwood, a mathematics teacher, and his mother Trish Westwood.

He might be the only child of his parents. Lee holds British citizenship but his ethnicity is unknown.

He was a sportsman and played rugby, cricket, and football during his school. He was presented with an Honorary degree of Doctor of Science by Nottingham Trent University in 2007.

Westwood began playing golf at the age of 13 with a half set bought by his grandparents. His father also encouraged him to play and even took up the game himself.

Lee Westwood won his first professional tournament, the Volvo Scandinavian Masters, in 1996. In addition to winning 23 events on the European Tour, he has won tournaments in North America, Africa, Asia, and Australia. In 2000 he was ranked first on the European Order of Merit.

After taking a break following the birth of his son in 2001, he returned to golf in 2003. In 2007 he won Valle Romano Open de Andalucía and the Quinn Direct British Masters.

He became the World’s number one golfer on October 31, 2010, ending the reign of Tiger Woods and remaining so for 17 weeks. He was replaced by Martin Kaymer.

He has an estimated net worth of around $40 million and he has earned that sum of money from his professional career.

In February 2012, his mother had made him apologize publicly for swearing on TV in the final round of the Dubai Desert Classic tournament.

Lee Westwood has a height of 6 ft. and weighs 89 kg. He has blue eyes and grey hair. But, his shoe size, dress size, etc. are not available.