Leena Nair at present is married. She tied the knot with Kumar Nair and has two children together. Her husband owns a financial services company.

Their first kid, a son Aryan was born in 2007 and after four years, they welcomed their second son Sidhanth. 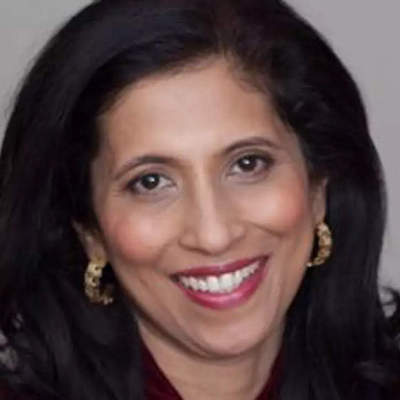 I am humbled and honoured to be appointed the Global Chief Executive Officer of @ChanelOfficial an iconic and admired company. I am so inspired by what Chanel stands for. It is a company that believes in the freedom of creation, in cultivating human potential and in acting to have a positive impact in the world. I am grateful for my long career at @Unilever, a place that has been my home for 30 years. It has given me so many opportunities to learn, grow and contribute to a truly purpose-driven organisation. I will always be a proud advocate of Unilever and its ambition to make sustainable living commonplace.

Who is Leena Nair?

Leena Nair is an Indian present CEO of the global company Chanel. Leena Nair was previously worked with the reputed organization Unilever for 30 years.

In the year 2021, she was awarded Role Model of Year by The Great British Businesswoman’s Awards and was listed as India’s Most Powerful Women’s List by Fortune.

Moreover, she was granted by Queen Elizabeth II as an Indian Business Leader in 2017.

Her birthdate is 11 June 1969 and she was born in Kolhapur, Maharashtra, India. The identity of her father is K. Karthikeyan and her mother’s name is hidden from the public.

Leena’s ancestry is Indian and as per her academics, she first went to Holy Cross Convent High School and then The New College. She achieved a Bachelor’s degree from Walchand College of Engineering in 1990.

In the same year, she joined XLRI- Xavier School of Management from where she studied MBA in Human Resources.

Leena Nair as of now is serving the Chanel company as its CEO. She was appointed to that position in Dec 2021. For this, she has thanked Chanel via her social media post.

She has a long relationship with Unilever where she served for around 30 years. She was appointed as Management Trainee in 1992 and her last position was as Chief Human Resources Officer promoted in March 2016.

This CEO of renowned company Chanel is keeping herself away from rumors and desperate scandals.

Leena Nair’s height is 5 ft 6 inches and her body weight is 55 kg. Adding more, she has dark brown eyes and has hair is also in dark brown color.

Leena is not available on other social sites like TikTok. But on Facebook and Twitter, she is followed by more than 1.6k and 20k people respectively.