Legendary American actor Frank Adonis passes away in Las Vegas at age of 83! 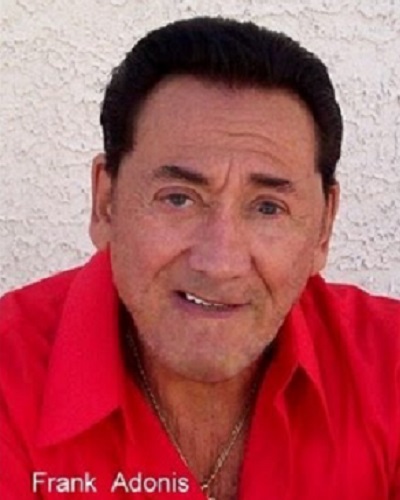 The year 2018 has been marked by many celebrity deaths and we have lost many famous actors, musicians, directors, and other stars who gave us innumerable roles to remember. The new addition to this long list is American actor and director of yesteryear Frank Adonis who passed away in Las Vegas after battling illness for long. He was 83.

Frank Adonis and his sad demise

Frank Adonis who had starred in Goodfellas and also in Raging Bull and Casino. He has been ill for the last couple of years. He was ailing from kidney problems and was on dialysis for it. Since the last nine days, Frank was on the ventilator. His family were told of his poor prognosis and inability to breath without the machine. They decided to remove him off the machine but waited until after Christmas to do so.
Frank passed away on Wednesday 26 December 2018 in a hospital in Las Vegas. New York Daily News tweeted:

‘He will be missed. Frank was a great father and an amazing husband. He helped all his friends he could. Great writer, director and actor. He was my best friend.’

Phil Castellano also shared a lovely message on his Facebook for his lost friend. He wrote:

‘It is with a very heavy heart this morning to tell you of the passing [of] Frank Adonis [cheech],’
‘In his last few months he suffered like an animal, I first met him when I was 3 years old and he was a friend [of] big brother Uncle Cheech and my lifelong buddy he was older than me but he always treated me like an equal.’

‘I will miss him forever. God Rest Your Soul Uncle Frankie.’

Click to read about Celebrity Cosmetic ENT doctor Dr. William Mooney’s registrations stands suspended while he is under probe for post-op deaths of two patients!

Frank Adonis and his life and career

Frank Adonis was born on 27 October 1935 in Brooklyn in New York in the USA. His real name was Frank Testaverde Scioscia. He was Italian-American. Frank debuted on the big screen in the year 1971 as the bidder in the movie The French Connection. His other popular films include Wall Street, True Romance and Ace Ventura: Pet Detective besides Raging Bull and Casino which was made by Martin Scorsese and also Goodfellas in the 1990s. In the latter movie, Frank had played the character of mobster Anthony Stabile.

In 2008, Frank moved to Las Vegas from Brooklyn. He is survived by his wife Denise who is 62 and their two children-Francesco, 26, and Brianna, 24. Frank also has a daughter from a previous relationship.

Click to read about American actress Penny Marshall dies at age 75 in Los Angeles due to complications of diabetes!