Who is the father of Leigh-Anne Pinnock's Twins babies?

Currently, Leigh-Anne Pinnock is engaged to her long-term boyfriend, Andre Gray, a professional footballer. They started seeing each other in 2016.

On January 29, 2017, they publicly announced their relationship by sharing pictures of each other on Pinnock’s Instagram account.

Later, the couple started living together in December 2018 and got engaged in 2020 on the day of their fourth anniversary. She announced her pregnancy on May 2021 and gave birth to twins on 16 August 2021 with Andre Gray.

In 2012, she hooked up with Jamar Harding but ended their relationship sooner in the same year.

Likewise, she dated Jordan Kiffin in 2012. They ended their separation in 2016. 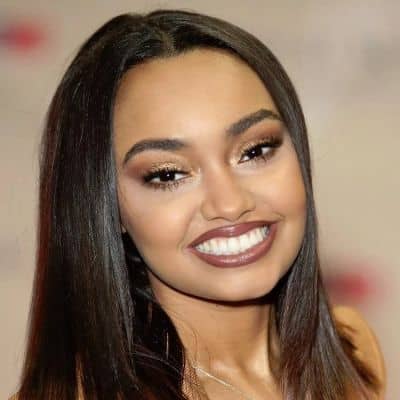 Who is Leigh-Anne Pinnock?

Leigh-Anne Pinnock is an English-British singer, songwriter, and actress.

He is best known to be a member of the Brtish girl group titled ‘Little Mix’ which has sold more than 60 million records all over the world.

Leigh-Anne Pinnock was born in Buckinghamshire, England on 4 October 1991. Pinnock is 30 years old as of 2022 and holds British nationality. Her ethnicity is mixed and Libra is her birth zodiac sign according to the astrologers.

Deborah  Thornhill and John Pinnock were her parents. She was brought up in a Caribbean household and resided in High Wycombe, Buckinghamshire. She has two elder sisters that she named as Sian-Louse and Sarah. She is of Jamaican and Barbadian ancestry.

No further info about her parents and educational background are disclosed yet.

Leigh-Anne Pinnock firstly auditioned on The X Factor with Rihanna’s ‘Only Girl (In the World).

After failing from the first BootCamp challenge she was kept in a three-piece ground titled ‘Orion’ along with Jade Thirlwall while Perre Edwards and Jesy Nelson were placed in another group named, ‘Faux Pas.’ Later, Tulisa Contostavlos mentored the group and they formed a new band named, ‘Little Mix’ on 28 October 2011.

Pinnock featured as a new face of the sports brand, Umbro in March 2019. She launched her self-production house titled, ‘Pinnock Production’ in October 2020 and released a style edit collection with ASOS in 2020.

Her documentary, ‘Leigh-Anne: Race, Pop, and Power’ was released in May 2021 and aired on BBC iPlayer and BBC One. National Television Award-nominated the documentary in the category of Best Authored Award. She was revealed to be the new ambassador in ‘Maybelline New York in June 2021.

Leigh-Anne Pinnock has an estimated net worth that ranges between 1 to 7 million USD. Though, Pinnock has not revealed her salary and income.

Leigh-Anne Pinnock has not been involved in any rumors and controversies as she is able to maintain a clean profile up to date.

Talking about her facial appearance, she has curly black hair and a couple of black eyes.

There is an official Facebook page under her name, which is enriched with approx 237 K followers. She is also present on Tiktok where she has 1.1 million followers and has received 7.4 million likes.