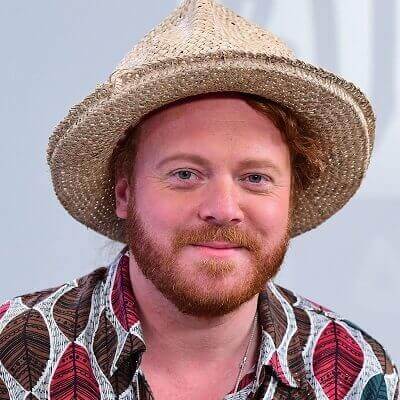 Leigh Francis is a married man. He is currently married to his childhood sweetheart, Jill Carter who also works as a beauty therapist.

The couple exchanged wedding vows on 30th of October 2002 and their marriage has been going strong ever since. From their marriage, the couple has two daughters, Matilda and Dolly.

They dated for a long 11 years since they were young before eventually getting married and both of them are insistent on keeping their personal lives private and so rarely post a picture of them both together.

Who is Leigh Francis?

Leigh Francis is a well known British stand-up comedian and actor mainly known for his portrayal of the character Keith Lemon on various shows and for developing Channel 4’s hit show Bo’ Selecta! Outside of his comedy and acting, he is also a great writer, producer, and director who is still active in the TV industry today.

Leigh Francis was born on the 30th of April, 1973 in Beeston, Leeds, the U.K. As of 2020, his age is 47. He hasn’t made the names of his parents public yet and similarly, he has not revealed if he had siblings growing up.

However, he has revealed that he spent his childhood days on a council estate in his birthplace, Leeds. His ethnicity is English.

Leigh was initially discovered and encouraged by TV producer Davina McCall to perform in role stand-up comedy and McCall was the one who got Leigh his first Television role on Dom and Kirk’s note O’Plenty where he portrayed the character of Bobby Stark. He also did shorts on Stars in Their Houses and also appeared on the TV shows The Buzz in 1998.

His breakthrough into the mainstream came in 2002 when he was given a chance by Channel 4 to create a show based on his TV characters. Leigh delivered with the excellent show Bo’ Selecta. The show saw massive mainstream success and made him popular. After this, he appeared on The Frank Skinner Show and also went on to produce Keith Lemon’s Very Brilliant World Tour which was also a success. After this, he made a bunch of other shows featuring his character of Keith Lemons. Two of his several successful TV shows, Celebrity Juice and Through the Keyhole are airing even as of 2020.

He is brilliant at portraying his characters with their own unique dialects and mannerisms, which is one of the reasons his TV shows have seen a lot of success with his fans.

Leigh Francis stands at a height of around 5 feet 10 inches and weighs around 75 kg as of 2020. He has blonde hair and his eye color is blue.

As of 2020, Francis has an estimated net worth of around $10 million. His annual salary is unknown, though we do know that an average actor in England makes from $31k to $60k.

This is not close to Leigh’s salary however, as he is far from average and his income sources vary from actor to producer and even as a writer in the industry.

This apology came in the wake of the ongoing Black Lives Matter protests sweeping across the U.S.

You may also like to read Bio, Career, Net Worth, Body Measurements, Relationships, and more about Mark Hamill, Steve Whitmire, Sean Eldridge, and more.