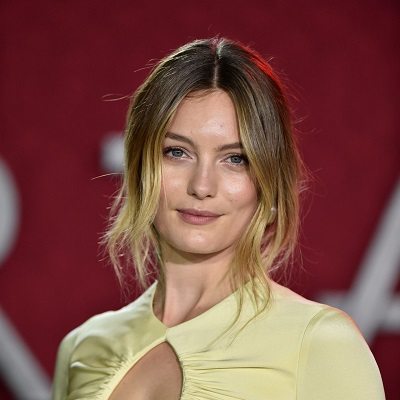 Leila George is married to Sean Penn. Her husband, Sean is a popular actor and filmmaker. The wedding took place on the 30th of July 2020 in their house in front of Sean’s two children and Lelia’s brother.

Also, a county commissioner attended the wedding via the Zoom app due to the COVID-19 pandemic.

The couple made their relationship official in 2016. Since the date, the couple is spotted uploading their pictures on the social media platform.

Sean was married twice before the marriage. In 1985, he married the singer and songwriter, Madonna. The wedding ended in 1989.

After that, in 1996, he was married to the actress and director, Robin Gayle Wright. The couple got separated in 2010. From the marriage, he has two children; Dylan and Hopper.

Who is Leila George?

Australian-American Leila George is an actress. George is renowned as Katherine Valentine of the Mortal Engines.

Last, in 2020, she featured the TV series, Animal Kingdom as Janine.

Next, in 2020, she will appear in the movie, The Long Home as Edna Hodges. The movie has completed his final phase and waiting for the date to be released.

Also, she will be contributing her voice to the short, Solus as Cereus 6.

Leila George was born as Leila George D’Onofrio on the 20th of March 1992 to a filmy background family. Her birthplace is Sydney, New South Wales. She is of southern Italian ethnicity.

Her father, Vincent D’Onofrio is an actor and producer by profession. Also, her mother, Greta Scacchi is an actress. Her parents were never married. They were in a relationship for around four years starting from 1989.

Leila spent most of her childhood with her mother in Brighton, East Sussex. She has three half-siblings. Her half-brother, Matteo Mantegazza is from her mother’s side. Whereas two brothers; Elias Gene D’Onofrio and Luka D’Onofrio are from her father’s side.

In 2008, he attended Brighton College in Brighton. At the college, she studied the acting. Also, she joined the Crawley College in West Sussex.

In she joined the Arts Educational School in London too. The following year, she went to Australia to study acting at Sydney Film School. One year later, she moved to New York City to study at Lee Strasberg Institute.

In 2013, Leila George started her career as the Camera and Electrical Department for the documentary, The Last Impresario.

The following year, she appeared in the Russian drama, The Seagull along with her mother. In the drama, she portrayed the character of Nina.

In 2016, she debut her TV movie, Mother, May I Sleep with Danger? as Leah Lewisohn. Moving forward, in 2018, he appeared in the movie, Mortal Engines. In the action-adventure drama, she appeared in the supporting character of Katherine Valentine.

The following year, he appeared in the movie, The Kid as Sara Cutler. The same year, she featured the series,  Animal Kingdom as Janine.

As of now, the actress is busy in her upcoming movie projects including The Long Home and Solus.

Talking about net worth, her husband, Sean has an estimated net worth of $70 million. His net worth is attributed to his career as an actor and director.

As of now, she has managed to maintain her dignity as an actress. Till the date, she has not been through any sort of controversy and scandals that created a buzz in the media.

However, there were rumors that made headlines. The rumors suggested that she is married to her long-term boyfriend, Sean Penn during the COVID-19 pandemic. At Monday’s edition of the chat show, Late Night with Seth Meyers, Sean confirmed that the news is true.

Also, he mentioned that the small gathering wedding happens to be nice and low-stress.

Leila George has blue eyes with blonde hair. She stands at a height of 5 feet 9 inches and weighs around 55 kg. Her body measurements are 34-24-34 inches.

You may also read the bio of Alice Evans, Drena De Niro, and Scottie Thompson.