Leland Orser is a married man to his wife Jeanne Tripplehorn in the year 2000. They are blessed with one son. The pair have been married for 22years now and are leading a happy conjugal life.

Previously, in 1987, he married northern Irish actress Roma Downey, the pair separated in 1989. 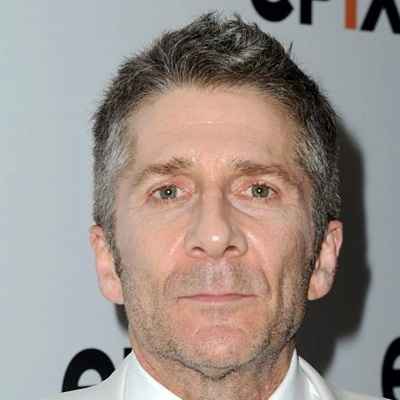 Who is Leland Orser?

Leland Orser is an actor from the United States.

Orser has played a number of roles in films and television shows, including Chief of Surgery Dr. Lucien Dubenko on the hit show ER.

Orser was born on August 6, 1960, in San Francisco, California, the U.S. As of now, he is 61 years old. Talking about his nationality, he identifies as an American. He grew up in Presidio Heights along with his four brothers.

As he prefers to keep his personal life private, he has not shared any information regarding his parents.

In terms of education, he graduated from Connecticut College in 1982. Orser studied Acting at Drama Studio London.

In the episode “Descent” of The Outer Limits in 1999, he played Dr. Arthur Zeller. In Seven (1995), he played a man who was coerced into killing a prostitute. He was dubbed the “Crazed Man in Massage Parlour.” In Alien Resurrection, he played Larry Purvis (1997).

In Denzel Washington‘s thriller The Bone Collector, he played the antagonist Richard Thompson (1999). In 2001, he played an injured officer who was saved by Kate Beckinsale‘s character in Pearl Harbor.

He played Wesley in the comic-turned-film Daredevil in 2003. He played the devastated pilot of a crashed glider in Saving Private Ryan.

Orser has appeared in the Star Trek franchise, most notably as a Changeling disguised as Romulan Colonel Look in the Star Trek: Deep Space Nine episode “The Die is Cast” and as a member of the Skrreean race in the episode “Sanctuary.”

In the Star Trek: Voyager episode “Revulsion,” he played a homicidal hologram. On the more current Star Trek: Enterprise series, he played a blackguard in the time-travel episode “Carpenter Street.”

In the drama thriller film Faults, he portrayed Ansel. From 2004 until 2009, he appeared on ER as Chief of Surgery Dr. Lucien Dubenko, a recurrent character. He most recently appeared as “Sam” in all three Taken film series.

Being a successful American actor, he has an estimated net worth of $8million as of now, while his exact earnings, income, and salary aren’t disclosed yet.

Owing to his long professional career, he has not indulged himself in any kind of controversy. He avoids unwanted scandals and rumors and doesn’t engage with the media unnecessarily.

Leland stands at an average height of 5feet and 8inch and weighs around 75 kgs. He has a tall and lean body.

Moreover, he has a pair of hazel eyes.

More than 4k people follow him on Facebook. Whereas, he is not seen much active on other social media platforms.