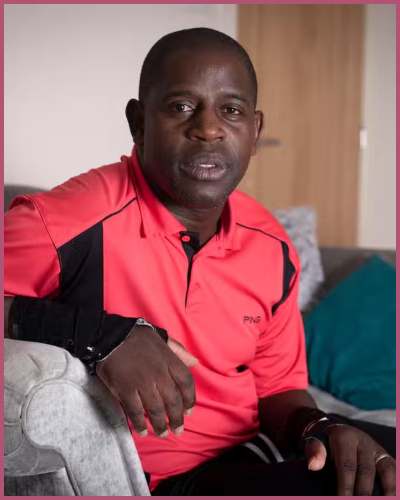 Ex-footballer Len Johnrose is no more with us! The English defensive midfielder who played for clubs like Burnley, Bury, and Swansea City died at age 52.

Len Johnrose the midfielder who last played from Burnley in 2004 and worked as a teacher after retirement recently died. His death reason is his 5-year-long motor neuron disease severely deteriorating his health.

The Len Johnrose Trust tweeted the death news of the footballer on August 15, Monday stating,

“We are heartbroken to tell you that our leader, Len Johnrose, passed away this morning. Len was an incredibly proud husband and father. Our thoughts are with his family and friends at this very sad time.”

Johnrose’s life was impacted by a diagnosis of Motor Neurone Disease in 2017. MND is developed in 1 in 300 risks of a person in their lifetime with the causes being unknown.

Also, Read Model Niece Waidhofer Died by Suicide at 31! What Made Her Do So?

His wife Nadine and his children Chanel, Elizabeth, and Patrick are mourning his death while others are giving messages of condolences.

“Heartbreaking news. Lenny was a real gentleman, and an incredibly popular character within football. He’ll be sadly missed. The thoughts of everyone at the PFA is with Len’s family and friends.”

Burnley FC also are grieving over their former footballer’s death news as they tweet,

“We’re saddened to hear of the passing of former player Len Johnrose. Len passed away on Monday 15th August, after a long battle with Motor Neurone Disease. Our thoughts are with Len’s family and friends at this very sad time. You’ll always be a Claret Len.”

Also, Read RIP Teddy Ray! Actor and Comedian Dead At The Age Of 32! Cause of Death, Age, Net Worth 2022, Biography

Following the death of a footballer on August 15, 2022, his glory is recalled in English football. Len Johnrose first played six years with Bury between 1993 and 1999. He is now dead leaving behind his net worth of $1.5 Million.

He was also the defensive midfielder for Blackburn, Hartlepool, Burnley, and Swansea before his retirement. The late footballer thrive to spread awareness about MND and raise funds for the association as its fighter.

Also, Read Robyn Griggs passes away at 49! Find out the cause of the Soap actress’s early death!