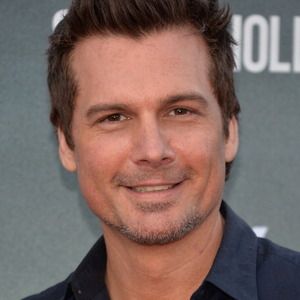 Len was married to a Kindergarten teacher named Dana. No sooner they got divorced in the year 2003.

His secondly married to Kate Beckinsale on May 9, 2004, in Bel-Air, Los Angles, California. He also had a stepdaughter named Lily Mo Sheen. But unfortunately, on November 20, 2015, it was announced that they were separating and in 2016, he filed for divorce.

Who is Len Wiseman?

Len Wiseman is one of the popular American film director, screenwriter, and producer. He is popular for his films like Total Recall in 2012,  Max Steel in 2013, The Gifted in 2017 and Die Hard: Year One.

He was born on 4th March 1973 in Fremont, California, U.S. His father’s name is Loren Wiseman and mother’s name is Janice Wiseman.

Len Wiseman began his acting career in 1991. He first appeared in the short film named One Against the Wind. Wiseman worked as a property assistant. He is seen on a numerous Roland Emmerich’s films: Stargate in 1994, Independence Day in 1996 and Godzilla in 1998.

Wiseman has created the advertisement for Sony. He has directed the music videos like Megadeth, En Vogue and, Static-X. He earned MTV Video Music Awards 2002 nomination for Best Art Direction for Quarashi’s “Stick ‘Em Up”. In 2003, Wiseman co-created and directed the action horror film, Underworld. The movie was box office hit. He receives various negative reviews from critics.

Wiseman directed, produced numerous movies including Total Recall in 2012,  Max Steel in 2013, The Gifted in 2017 and Die Hard: Year One.

Wiseman has not yet received any awards. He has been nominated for Rondo Hatton Classic Horror Awards in 2003.

Len Wiseman: Salary and Net Worth

Len is a renowned personality and has good earning. His net worth is $20 million.

Wiseman seems to have running his professional and private life smoothly without engaging in any of the rumors.

Also get to know more about film director and screenwriter, Newt Arnold.